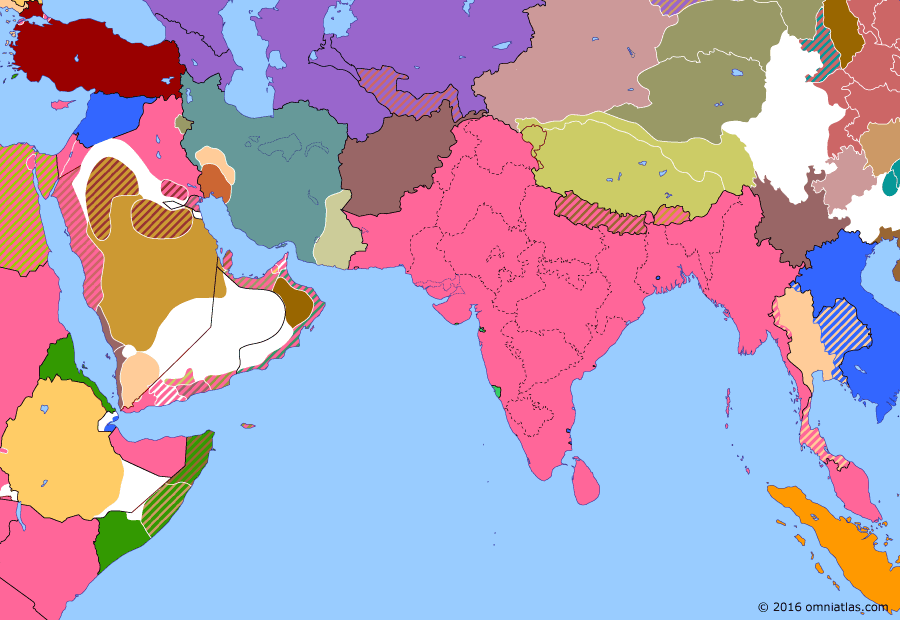 The continuing border clashes between the Saudi-allied Ikhwan of Nejd and the British dominated states of Iraq and Kuwait were brought to a resolution at the Uqair Conference. The borders between all three countries were defined, with two neutral zones set up to allow for the free flow of the desert nomads.

After the evacuation of the last Greek troops from Smyrna on the evening of Friday 8 September, the first Turkish forces arrive in the city the next morning. Order and discipline among the troops soon breaks down, with Turkish soldiers targeting the Armenian and Greek population. Four days later fire will break out in the Armenian quarter, the start of a conflagration which will engulf the city.in wikipedia

The Grand National Assembly of Turkey signs the Armistice of Mudanya with the United Kingdom, France, and Italy at the Mudanya, western Anatolia, bringing an end to the Turkish War of Independence. The three powers agree that the Greeks will evacuate eastern Thrace as far as the Maritsa River and Adrianople. The Kingdom of Greece will accede to the armistice on 14 October.in wikipedia

1 Nov 1922 Abolition of the Ottoman Sultanate▲

The Grand National Assembly of Turkey abolishes the Ottoman Sultanate, ending the Ottoman Empire—which was founded in 1299. The last sultan, Mehmed VI, departs Constantinople, the Ottoman capital, on 17 November, taking passage aboard the British battleship HMS Malaya for exile in Malta.in wikipedia

Percy Cox, the British High Commissioner to Iraq, meets with Sultan ibn Saud of Nejd and Major John More, the Political Agent to Kuwait, at Uqair in the Sultanate of Nejd, to find a solution to Ikhwan raids into Iraq and Kuwait from Nejd. They agree on the Uqair Protocol, whereby Kuwait surrenders 2/3rds of its territory and clear boundaries between the three countries—including a Saudi-Iraqi neutral zone and a Saudi-Kuwaiti neutral zone—are defined.in wikipedia