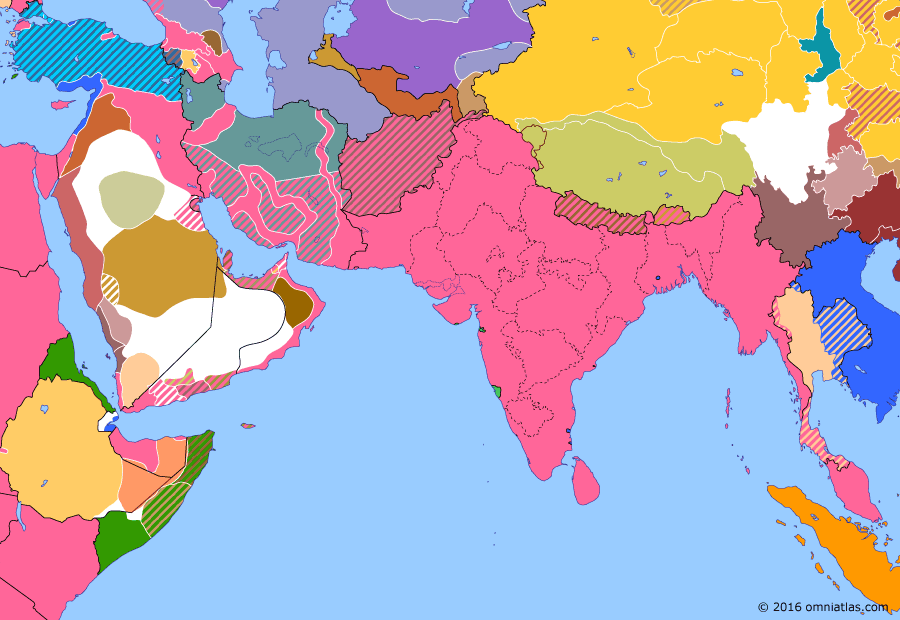 Despite the end of World War I, the British remained concerned about the threat of revolutionary activity in India and decided to extend the emergency powers they had enacted during the war. This only exacerbated tensions with the Indian population, peaking in April 1919 when British Indian Army troops opened fire on unarmed protesters at Amritsar, causing thousands of casualties.

In accordance with the Sykes-Picot Agreement with Britain, French troops are landed at Antakya and Mersin, in Cilicia in southern Anatolia, with a French headquarters being established at Adana on 20 December. By the end of December, having faced minimal Turkish resistance, the Cilicia region is under French control.in wikipedia

After being besieged by forces of the Kingdom of Hejaz since June 1916, the garrison of Medina finally surrenders. The garrison’s leader, Fahreddin Pasha, had originally refused surrender despite the Ottoman Empire’s armistice with the Allies and pleas from the Sultan, only agreeing to terms when his men faced starvation due to lack of supplies.in wikipedia

On 8 March 1919 the British arrested three Egyptian independence leaders, including the popular Saad Zaghlul Pasha, and deported them to Malta. In response, riots broke out in Cairo later that day, spreading across the country. The riots lasted until 20 March, with further outbreaks occurring until November, resulting in the deaths of some 60 Europeans and 800 Egyptians.in wikipedia

On the recommendation of committee led by British judge Sir Sidney Rowlatt, the Anarchical and Revolutionary Crimes Act, 1919 (also known as the Rowlatt Act) is passed by the Imperial Legislative Council in Delhi, indefinitely extending the emergency measures enacted by the Defence of India Act in 1915 and allowing the British Indian government to detain and incarcerate persons suspected of terrorism without trial. The passing of the Act results in protests and rioting across India, particularly in Delhi and the Punjab.in wikipedia

On Sunday, 13 April, the day of the Sikh festival of Baisakhi, thousands of nonviolent protesters and pilgrims gather at Jallianwala Bagh, Amritsar, British India, where martial law has been imposed. Convinced that this is the beginning of a major insurrection, troops of the British Indian Army under the command of Colonel Reginald Dyer open fire upon the crowd at 5:30pm, killing at least 379 and wounding over 1100 according to official figures. Dyer’s actions are initially praised in the House of Lords in Britain, but he will be censured by the House of Commons in 1920.in wikipedia