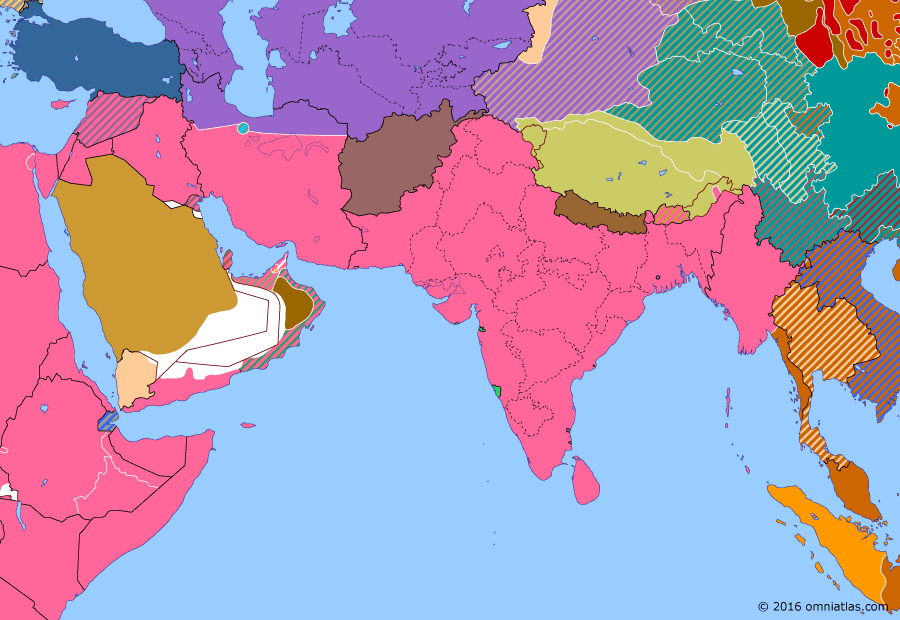 By February 1942 the Japanese forces invading Malaya had reached the perimeter of Singapore, Britain’s most important military base in Southeast Asia and the keystone of British defences in the region. Despite facing just 36,000 Japanese, the 85,000 troops in Singapore capitulated after only a week of fighting - a humiliating defeat and the largest surrender of British-led forces in history.

Japanese troops cross from Thailand into the British colony of Burma, seizing Victoria Point at the southernmost tip of the country. On 15 January 1942, they begin a general offensive up the Kra Isthmus, capturing the British airfields around Tenasserim four days later.in wikipedia

The United States of America, the United Kingdom, the Netherlands, and the Commonwealth of Australia form ABDA (American-British-Dutch-Australian) Command in an attempt to halt the Japanese advance.in wikipedia

Major General Sir Philip Mitchell of the United Kingdom signed an interim agreement with the government of Ethiopian Emperor Haile Selassie, confirming Ethiopia’s status as a sovereign state following the British conquest of Italian East Africa. However Britain still influenced Ethiopia through advisors and retained control of security, banking and finance. It also continued to administer the Ogaden from occupied Italian Somaliland, and Haud and the ‘Reserved Areas’ adjacent to French Somaliland from the Somaliland Protectorate.in wikipedia

Lieutenant-General Arthur Percival, commanding officer in Malaya, surrenders the stronghold of Singapore—the most important British naval and military base in South-East Asia—to the invading Japanese after two months of British resistance in Malaya and 8 days fighting in Singapore itself. About 80,000 British, Indian, and Australian troops become prisoners of war—the largest surrender of British-led personnel in history.in wikipedia