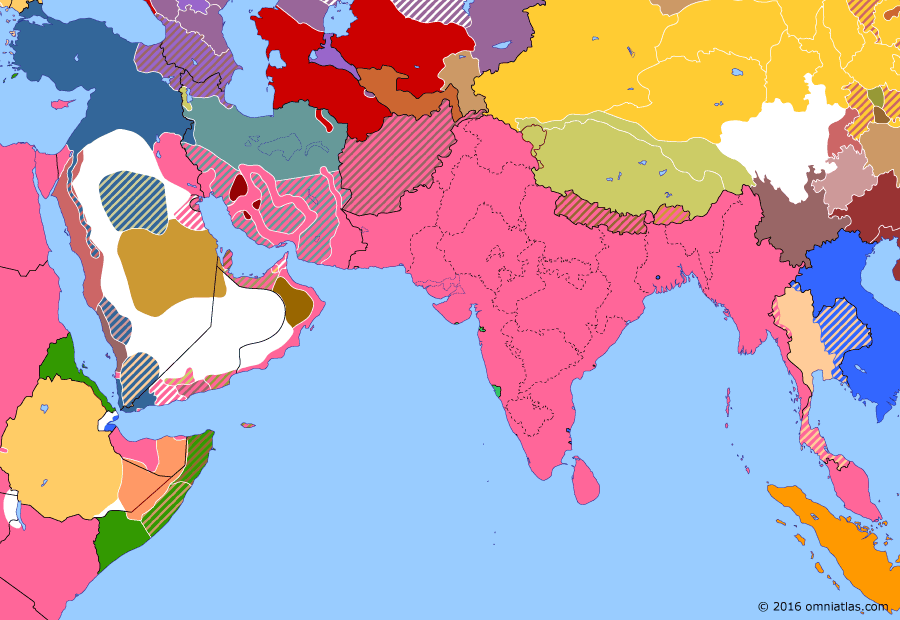 Despite widespread success, the Bolshevik takeover was rejected in many parts of Russia. One of the most important of these regions was Transcaucasia, the hub of the Russian war effort in Anatolia and Persia. Dominated by anti-Bolshevik Mensheviks and Social Revolutionaries, Transcaucasia continued to recognize the old Russian Republic, declaring itself a commissariat and signing a separate armistice with the Ottoman Empire.

The Transcaucasian Commissariat, headed by Georgian pro-Menshevik Social Democrat Nikolay Chkheidze, is established at Tblisi in response to what it considers the illegal seizure of power by the Bolsheviks in Petrograd. Still considering itself part of the now-defunct Russian Republic, the Commissariat temporarily unites Armenians, Georgians, and Azerbaijanis in one state.in wikipedia

British Imperial forces under General Edmund Allenby advance on Jerusalem, in Ottoman Palestine, fighting a number of battles in and around the neighboring Judean Hills. The Ottomans withdraw on the 8th, with the city surrendering to the British the following day. Two days later Allenby respectfully enters the Old City on foot through the Jaffa Gate, the first Christian to control Jerusalem since the time of the Crusades.in wikipedia

In a number of broadcasts, the new Bolshevik government of Russia nullifies some of the treaties imposed on Persia in the Anglo-Russian Entente of 1907, ending the Russian sphere of influence in northern Persia and recognizing Persian sovereignty.in wikipedia

The Russian Soviet Republic, under the Bolsheviks, signs an armistice at Brest-Litovsk with Austria-Hungary, Bulgaria, Germany, and the Ottoman Empire, ending operations on the Eastern Front. The armistice takes effect two days later, on 17 December.in wikipedia

The Ottoman Empire and the Transcaucasian Commissariat sign an armistice at Erzincan, temporarily bringing peace to the Anatolian and Persian Fronts. Upon signing, the Russian Caucasus Army begins its withdrawal from the region.in wikipedia