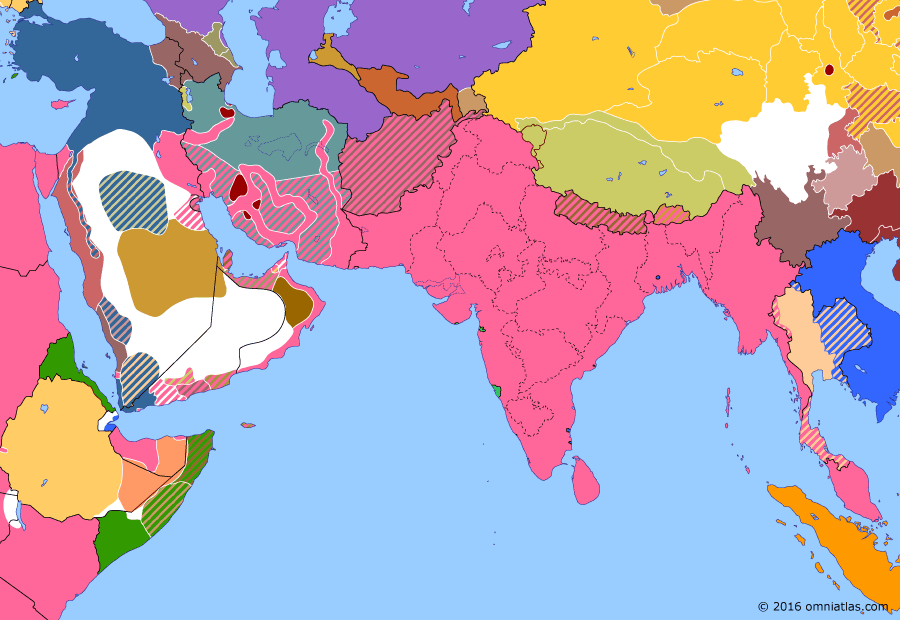 Transcaucasia's armistice with the Ottomans broke down in February 1918, by which point the Bolsheviks had largely secured their control of Russia and declared it a Soviet Republic. However the new Soviet state was still too weak to fight the Central Powers and in March was forced to the harsh Treaty of Brest-Litovsk, dramatically redrawing its border not only in the west but with the Ottoman Empire at the expense of Transcaucasia.

British General Lionel Dunsterville in an advance expedition comprising some 64 men in Ford cars and vans, sets off from Baghdad across northern Persia. Passing through Kermanshah and Hamadan, he eventually reaches Enzeli on the Caspian Sea on February 17. He stays for only 3 days before being forced back to Qazvin by the Revolutionary Committee, which holds sway in Enzeli.in wikipedia

The Third All-Russian Congress of Soviets of Workers’, Soldiers’ and Peasants’ Deputies in Petrograd, Russia, dissolves the Constituent Assembly and agrees to establish the Russian Soviet Federative Socialist Republic on the basis of a free union of the peoples of Russia.in wikipedia

The Ottomans resume their advance against the Transcaucasian Commissariat, defying the Armistice of Erzincan signed two months earlier and accusing the Armenians of persecuting Muslims.in wikipedia

In March 1918 Soviet Russia signed the Treaty of Brest-Litovsk with Germany, Austria-Hungary, Bulgaria, and the Ottoman Empire at Brest-Litovsk, Russia. The treaty ended Russia’s participation in World War I and forced it to cede the Baltic States to Germany, to cede Kars to the Ottoman Empire, and to recognize the independence of Ukraine and Finland. Russia was also obliged to pay six billion German gold marks in reparations.in wikipedia

At the insistence of the Ottoman Grand Vizier, Talaat Pasha, the Treaty of Brest-Litovsk declares that the territory Russia took from the Ottoman Empire in the 1877-1878 Russo-Turkish War, specifically Ardahan, Kars, and Batumi, is to be returned to the Ottoman Empire.in wikipedia