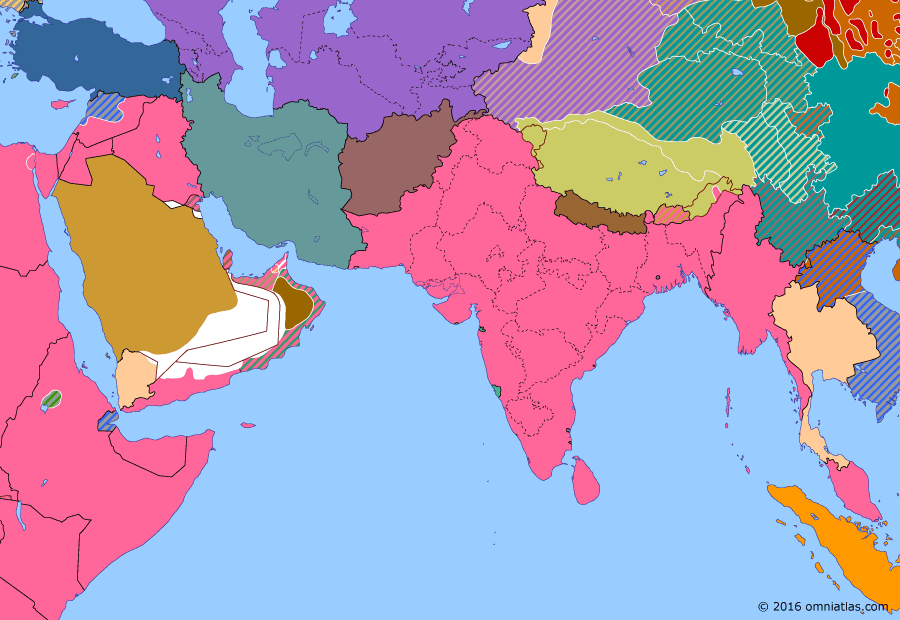 In Operation Exporter, British, Australian, Indian, and Free French forces under Archibald Wavell crossed the Palestine border into Vichy French Syria and Lebanon in June 1941. At the same time, British troops from Iraq invaded Syria from the east. Damascus fell on 12 June, but the local Vichy French leader General Henri Dentz held out in the north for another month before surrendering.in wikipedia

At 3:15 am the Axis Powers led by Nazi Germany launched the invasion of the Union of Soviet Socialist Republics, bombing cities in a broad arc from Kronstadt to Sevastopol as some three million troops advanced across the border. Within hours the momentum of the Axis attacks had completely destroyed the Soviet organizational command and control, paralyzing every level of command, and it was only at 7:15 am that Soviet leader Josef Stalin announced the invasion to the Soviet Armed Forces and called upon them to act.in wikipedia