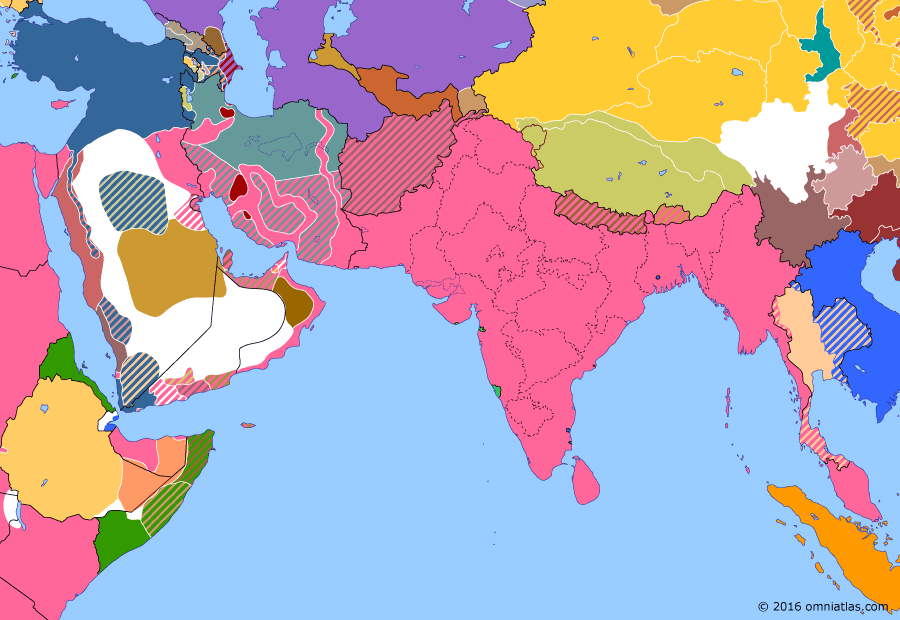 28 May 1918Georgia signs Treaty
of Poti with Germany

The collapse of the Transcaucasian Federation in the face of Ottoman invasion encouraged newly independent Georgia to seek German protection. Unwilling to see the Ottomans gain complete control of Transcaucasia, including the rich Baku oil fields, the Germans readily agreed. In early June they landed troops in Georgia, quickly taking charge across the country.

Prime Minister Noe Ramishvili of the newly independent Democratic Republic of Georgia signs a treaty with General Otto von Lossow of the German Empire at Poti, Georgia. Germany agrees to recognize Georgia and provide it with protection in return for the use of its railways and shipping, mining rights, and the right to occupy strategic points with German forces.in wikipedia

28 May 1918 End of Transcaucasian Federation▲

The Republic of Armenia and the Azerbaijan Democratic Republic declare independence from the Transcaucasian Democratic Federative Republic, bringing an end to that federation. Andranik Ozanian and his Armenian Special Striking Division refuse to recognize the new republics and move to Zangezur to hold out against the advancing Ottomans.in wikipedia

The forces of the German Caucasus Expedition began landing at Poti, Georgia, in agreement with the Georgian government. On June 10, they reached Tiflis and held a joint German-Georgian military parade in the city’s main thoroughfare. Combined German-Georgian garrisons were soon stationed throughout the country.in wikipedia

The Ottoman Empire signs a treaty in Batum with the three successors of the Transcaucasian Federation—the Republic of Armenia, the Azerbaijan Democratic Republic, and the Republic of Georgia. In return for peace, Armenia and Georgia agree to cede much of their southwestern territories to the Ottomans. Azerbaijan, which is in civil war with the Baku Commune, effectively falls under Ottoman protection.in wikipedia