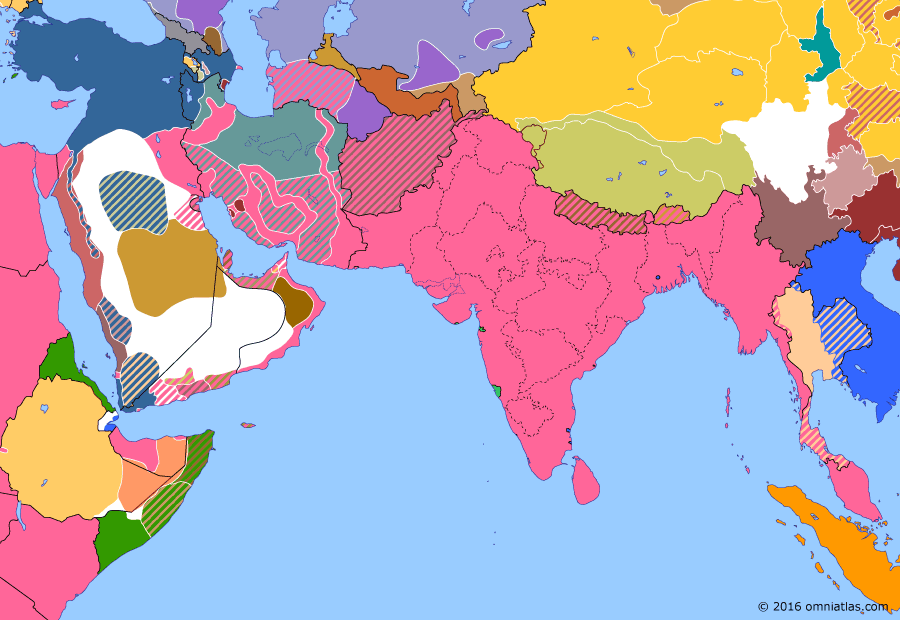 The German and Ottoman occupation of Transcaucasia alarmed the British, who had by now replaced the Russians in northern Persia. In response they sent an expedition under Lionel Dunsterville—and hence christened the “Dunsterforce”—to defend oil-rich Baku from the advancing Ottomans. However the Dunsterforce proved too small for the task and Baku had to be evacuated in September.

Menshevik and Social Revolutionary railway workers in Ashkhabad successfully revolt against the Bolshevik regime of the Turkestan Autonomous Soviet Republic in Tashkent, founding the Ashkhabad Executive Committee. Over the following weeks this is extended to become the Provisional Executive Committee of the Trans-Caspian Region.in wikipedia

Some 500 British Indian troops under General Wilfrid Malleson from Mashhad, Persia, cross into Russia to support the Transcaspian Government in Ashkhabad against invading Bolsheviks.in wikipedia

General Lionel Dunsterville and his ‘Dunsterforce’—consisting of less than 350 British and Dominion officers and NCOs—arrive in Baku, Azerbaijan, after departing from Enzeli, Persia. There they attempt to support and train the forces of the Centro-Caspian Dictatorship as it defends Baku from the invading Ottoman Empire.in wikipedia