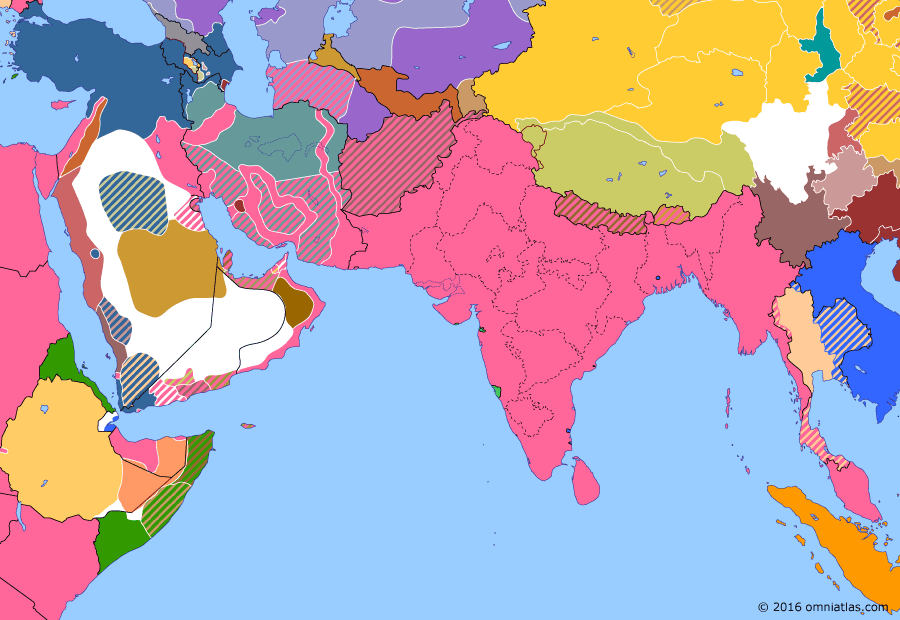 The Allied successes in Syria and Mesopotamia had destroyed much of the Ottoman Empire's fighting power. Just as bad, their ally Bulgaria had fallen to an Allied invasion from Greece, directly threatening the Ottoman capital of Constantinople. With the Allies advancing on all fronts and Germany no longer able to help, the Ottomans were forced to sue for peace. At the Armistice of Mudros, they accepted the Allied occupation of the Turkish Straits and the loss of much of their Empire.

The Arab Sharifian Army under Emir Faisal attack the remnants of the Ottoman Empire’s Yildirim Army Group at Aleppo under the command of Liman von Sanders and Mustafa Kemal Pasha. After a day’s fighting, the Sharifian forces bypass the main entrenchments to enter the city at night. By 1000 the next morning, they have captured the city—shortly before the arrival of British armored cars under General H. J. Macandrew.in wikipedia

The Ottoman Minister of Marine Affairs Rauf Bey and the British Admiral Somerset Arthur Gough-Calthorpe signed the Armistice of Mudros aboard the HMS Agamemnon in Mudros harbor on the Greek island of Lemnos. The armistice ended hostilities between the Ottoman Empire and the Allies as of noon the next day (31 October). Its conditions required that the Ottomans demobilize their armed forces and withdraw to Anatolia—including abandoning their gains in the Caucasus—and allow the Allies to occupy the Turkish Straits and any territories in disorder.in wikipedia