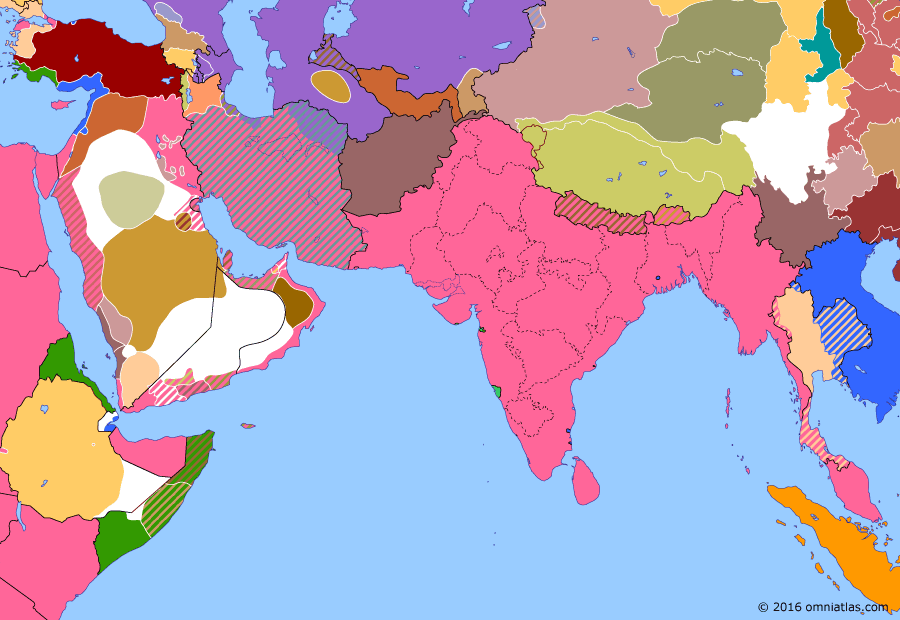 At the end of World War I, Syria had been divided between the French on the coast and the Arabs in the interior. By mid-1920 the French were ready to assert their control over the whole country and invaded, occupying Damascus.

After mass demonstrations in Baghdad against the British occupation of Mesopotamia, Iraqi rebels seize control of Tel Afar, near the Syrian border. Although Tel Afar is soon recaptured, more insurgents seize Rumaythah, south of Baghdad, triggering rebellion across the middle Euphrates. British reinforcements arrive, finally suppressing the revolt in October with the support of the RAF.in wikipedia

The Greek army, with the cooperation of British forces, advances from Smyrna into western Anatolia against the Ankara-based Turkish Nationalists. The Turks fall back, allowing the Greeks to reach a line from Usak to Bursa. In the north, the Greeks occupy eastern Thracein wikipedia

Mohammed Khiabani establishes the republic of Azadistan—the Land of Freedom—in the Persian province of Azerbaijan. The republic becomes a haven for troops fleeing Soviet Azerbaijan, but is suppressed by the Persian government in September.in wikipedia

The Zhili clique denounces the Anhui clique, which currently dominates the government of the unstable Republic of China, in the widely circulated Paoting-fu Telegram. The denouncement has been signed by a number of generals from both the Zhili and Fengtian cliques, and brings the rivalry between Zhili and Anhui into the open in the Zhili-Anhui War.in wikipedia