LATEST:   Hunnic invasion of the East   Accession of Hadrian   Magnus Maximus and Africa • Elevation of Theodosius I 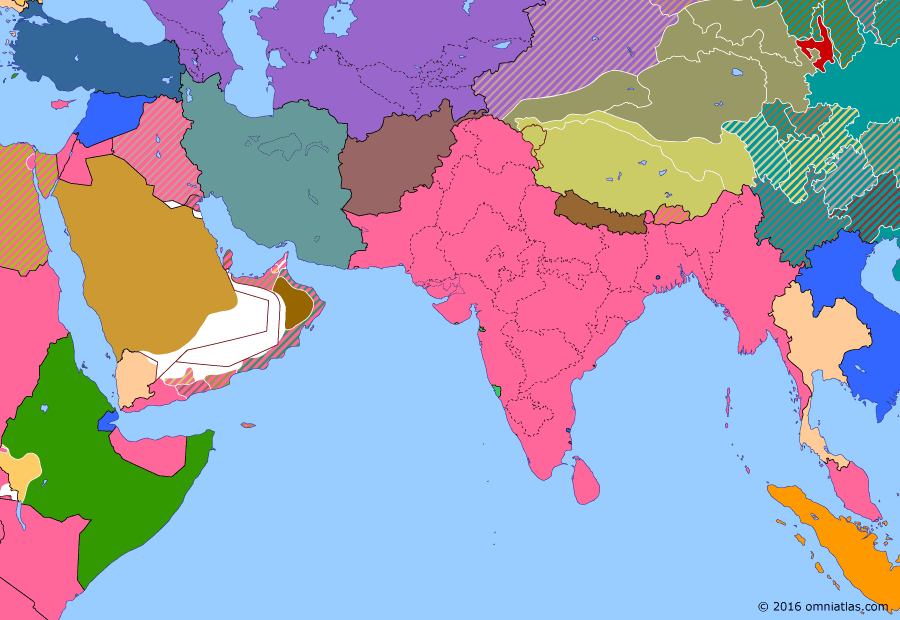 Right-wing expansionism in the 1930s - exemplified by the Japanese invasion of Manchuria, the Italian invasion of Ethiopia, and Hitler's rise in Germany - prompted Joseph Stalin, leader of the Soviet Union, to seek better relations with the Western democracies. In 1936 the Soviets adopted a new constitution, reforming the Soviet state and creating a number of new Soviet Socialist Republics.

9 May 1936 Italian annexation of Ethiopia▲

The Italian government under Duce Benito Mussolini proclaimed the annexation of Ethiopia into Italian East Africa, with King Emmanuel assuming the title of Emperor of Ethiopia. However most of the country was still unconquered and the last Ethiopian army would not surrender until the end of the year.in wikipedia

The Montreux Convention Regarding the Regime of the Straits was signed at the Montreux Palace in Switzerland by Australia, Bulgaria, France, Germany, Greece, Japan, Romania, the Soviet Union, Turkey, the United Kingdom and Yugoslavia, with Italy refusing to attend. Effective 9 November 1936, the convention gave Turkey full control over the Bosporus Straits and the Dardanelles while guaranteeing free passage to civilian vessels in peacetime.in wikipedia

With the adoption of the 1936 Soviet Constitution, the Transcaucasian Socialist Federative Soviet Republic is dissolved and succeeded by the Armenian, Azerbaidzhan, and Georgian Soviet Socialist Republics.in wikipedia

The Union of Soviet Socialist Republics adopts the 1936 Soviet Constitution, also known as the Stalin Constitution, reforming the Soviet government. The constitution reorganizes the Soviet Republics and introduces universal suffrage, a two-chamber parliament, economic rights, and freedom of religion. However it also recognizes the leading role of the Communist Party, implying that it is the only legal political party in the country.in wikipedia