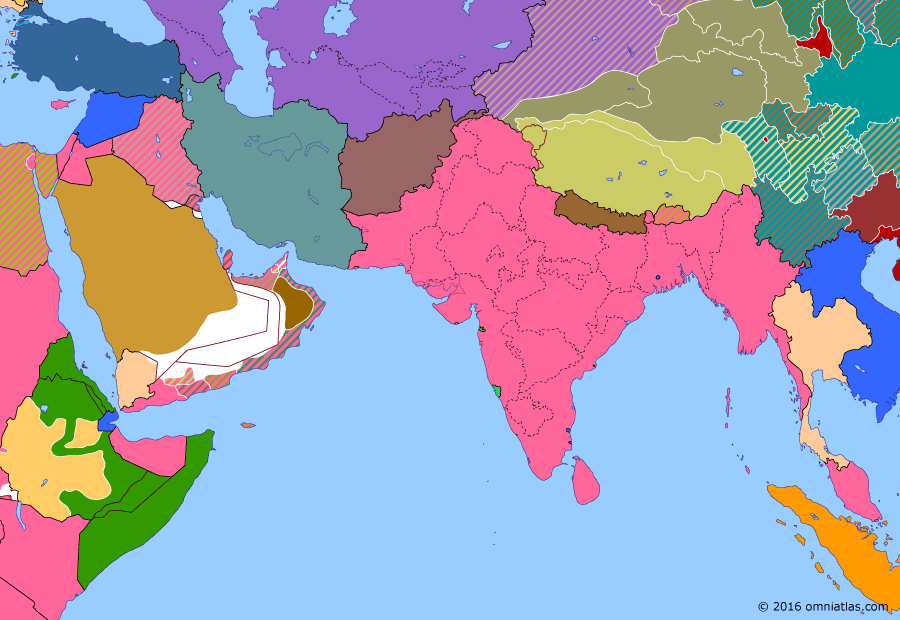 Following the League of Nations failure to halt Italian aggression in the Abyssinia Crisis, Italy launched a full-scale invasion of Ethiopia. Despite Ethiopian resistance, the Italians captured Addis Ababa in May 1935, annexing Ethiopia to their East African empire.

As per the Persian Ministry for Foreign Affairs’ request of 25 December 1934, the terms “Iran” and “Iranian” officially replace the words “Persia” and “Persian”. Both names have an ancient history, but up to this date “Iran” has been preferred internally whereas “Persia” has been used internationally.in wikipedia

The Parliament of the United Kingdom approves the Government of India Act, which includes the recommendations of the Round Table conferences. When it comes into effect on 1 April 1937, the Act will transform the governmental system of British India, ending the dyarchy introduced by the Government of India Act 1919, introducing direct elections, and separating Burma and Aden from India.in wikipedia

At 5:00 am on 3 October 1935 Italian troops under General Emilio de Bono crossed the Mareb River from Eritrea into Ethiopia. On the same day, Italian forces in Somalia began a series of attacks across the Ogaden into southern and eastern Ethiopia. In response to these undeclared Italian invasions, Ethiopia declared war on Italy.in wikipedia

Following the Government of India Act 1935, the British Indian province of Bihar and Orissa is bifurcated into the two provinces of Bihar and Orissa. At the same time, Sind is separated from the Bombay Presidency to become its own province.in wikipedia

An Italian mechanized column under Marshal of Italy Pietro Badoglio advanced from Dessie to capture Addis Ababa, capital of the Ethiopian Empire. The march was largely unopposed as the Imperial Ethiopian Army had by this point been severely weakened by bombing and poison gas attacks, with the last major Ethiopian counterattack being defeated at Maychew on 31 March. Unable to defend the capital, Emperor Haile Selassie fled into exile on 2 May, three days before the Italians arrive.in wikipedia