LATEST:   Accession of Hadrian   Elevation of Theodosius I   Division of the Roman Empire • Battle of the Frigidus 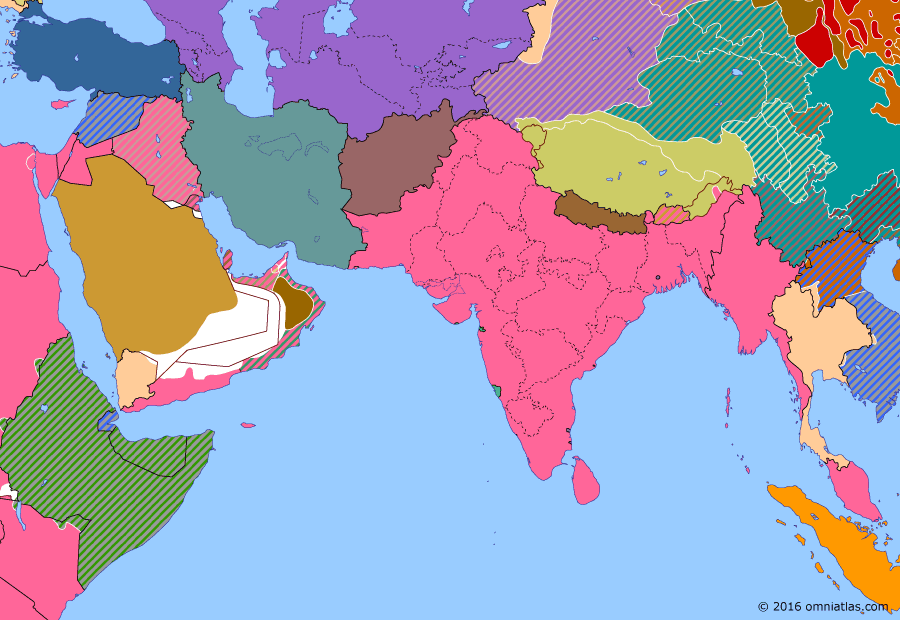 Germany's defeat of France in 1940 left the French overseas empire vulnerable. Japan, which was already at war with China, decided to exploit this opportunity and invaded northern French Indochina. It was soon followed by Thailand, which retook territories French Indochina had annexed earlier in the century.

The Empire of Japan and Vichy French Indochina sign an accord granting Japan the rights to station up to 6,000 troops in Indochina, and to move troops and supplies through Indochina. Within a few hours, columns from the IJA 5th Division cross the border at three places and close in on the railhead at Lang Son, near Longzhou, contravening the new agreement. French Indochinese colonial troops and Foreign Legionaires contest the invasion until 25 September. On the 26th, Japanese forces come ashore at Dong Tac and move on Haiphong, with fighting coming to an end that day.in wikipedia

Joachim von Ribbentrop of Nazi Germany, Galeazzo Ciano of the Kingdom of Italy, and Saburō Kurusu of the Empire of Japan signed the Tripartite Pact in Berlin, capital of Germany. The 10 year Pact recognized the right of Germany and Italy to establish a new order in Europe while Japan did so in Greater East Asia; it also compelled the contracting Powers to come to the aid of any one of them should they be attacked by a Power not presently involved in either World War II in Europe or the Sino-Japanese War (implicitly making it a defensive pact against the United States and the Soviet Union).in wikipedia

Following a number of border skirmishes along the disputed Mekong frontier, war erupted between the Kingdom of Thailand and Vichy-controlled French Indochina. While the superior Royal Thai Air Force bombed cities in Laos and Cambodia, the Thai army overran French border defenses. The war was brought to an end by a Japanese mediated ceasefire, after which French Indochina was forced to cede most of the disputed territory to Thailand.in wikipedia