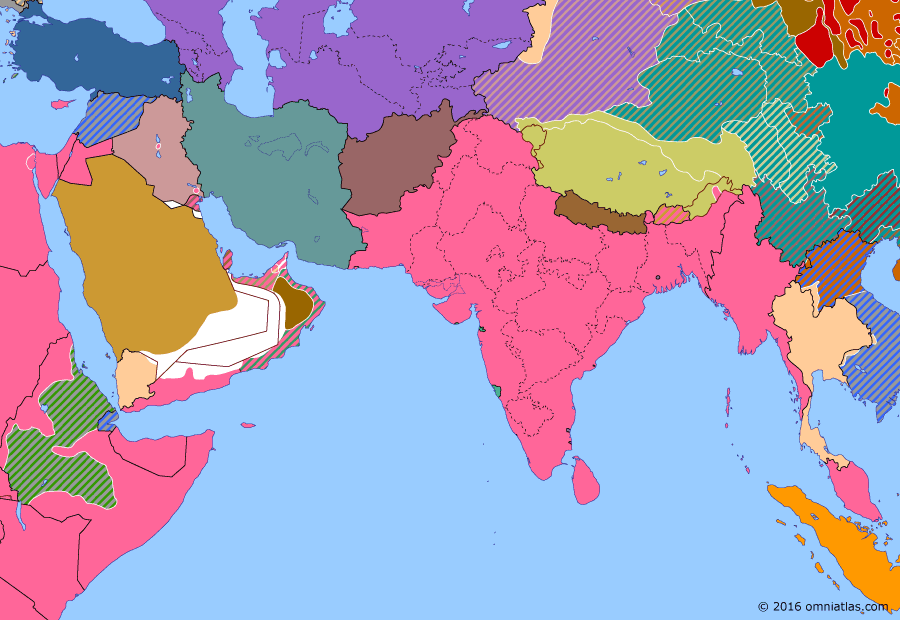 The British conquest of Italian East Africa culminated with the Italian surrender of Addis Ababa on 6 April 1941. One month later, Emperor Haile Selassie returned to his capital in triumph, marking the symbolic restoration of the Ethiopian Empire. However the Italian army would continue to hold out in the interior until November, with guerrilla warfare carrying on even after that.

Four Iraqi nationalist army generals, known as the “Golden Square”, overthrew the pro-British regime of Regent ‘Abd al-Ilah and Prime Minister Nuri al-Said in Iraq, installing Rashid Ali Al-Gaylani as Prime Minister. The coup was supported by Nazi Germany, which had provided funding and military assistance to the plotters. This challenged the British position in the Middle East and threatened the RAF air bases at Shaibah and Habbaniyah in Iraq itself.in wikipedia

The British 11th African Division arrived outside Addis Ababa, capital of Italian East Africa, having traveled via Awash and Harar. They were supported by a general uprising of Ethiopian patriots and the withdrawal of Italian troops to the mountain fortresses of Gondar, Amba Alagi, Dessie, and Gimma. In response, the Italian Viceroy, the Duke of Aosta, ordered the governor to surrender the city to the Allies. Triumphant Ethiopian Emperor Haile Selassie made a formal entry into his capital on 5 May.in wikipedia

In Operation Marita, Nazi Germany invaded Greece—already at war with Italy in Albania—from Bulgaria, opening up a second front. The Greeks were overwhelmed, with the First and Second Greek armies respectively trapped against the Albanian and Bulgarian borders and forced to surrender. In the face of this disaster, Greece’s British allies decided to evacuate to Crete, holding back the Germans at Thermopylae for a few days as they withdrew. On 27 April the Germans entered Athens.in wikipedia