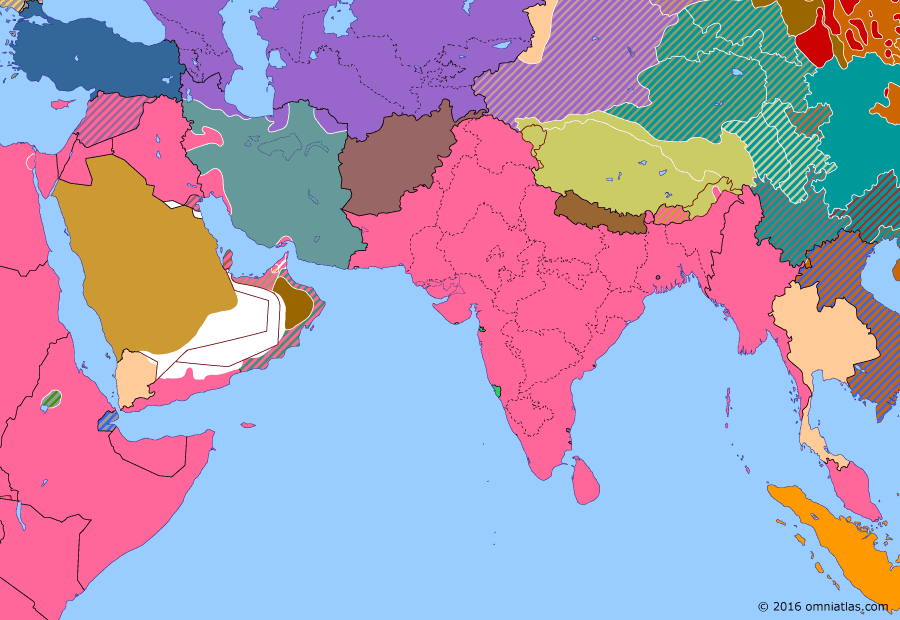 When Germany invaded the Soviet Union in June 1941, Iran’s strategic position and oil reserves became even more important to the Allied war effort than before. In August the British and the Soviets launched a joint invasion of the country, deposing the defiant Reza Shah and opening up a supply route to the Soviet Union.

In response to a Japanese ultimatum, Vichy France allows Japan to use air facilities and harbors in southern French Indochina. The Japanese proceed to occupy Saigon and other southern cities, with IJN vessels moving into the ports of Saigon, Tourane, and Camranh Bay.in wikipedia

Following Japan’s rejection of a United States-sponsored plan to withdraw from most of China and French Indochina and a Japanese agreement with Vichy France to allow Japanese troops into southern Indochina, the US froze Japanese assets. The United Kingdom and the Netherlands followed suit, depriving Japan of 90% of its oil imports.in wikipedia

In Operation Countenance, the United Kingdom and the Soviet Union launched a surprise attack on the Imperial State of Iran, after Reza Shah refused to expel German nationals. The British occupied the south including the oil wells of Ahvaz and advanced from Iraq to Hamadan, while the Soviets invaded the north, capturing Tabriz and Qazvin. With his army unable to halt the invaders, the Shah conceded defeat and a ceasefire was arranged on 29 August. The Soviets entered Tehran on 17 September, beginning the joint Anglo-Soviet occupation of Iran.in wikipedia