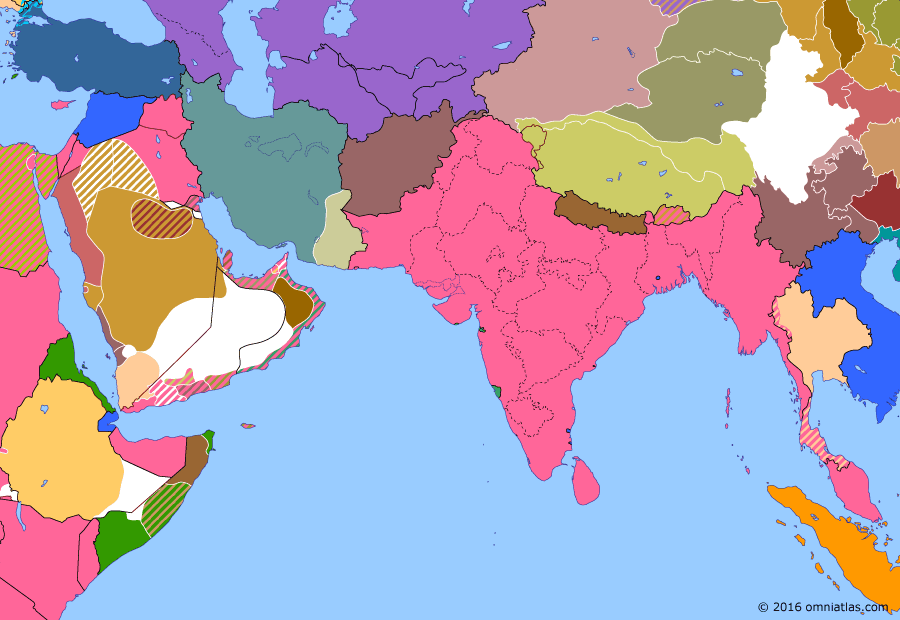 The Soviet victory in Central Asia had brought the former Russian protectorates of Khiva and Bukhara under Soviet control, but also provoked revolts among the Central Asian peoples. By 1924 these revolts had been crushed, allowing the Soviets to assert their authority over the region and abolish the semi-independent Soviet Republics which had succeeded Khiva and Bukhara. In their place, the Soviets began reorganizing Central Asia along ethnic lines, starting with new Uzbek and Turkmen Soviet Socialist Republics.

Reza Khan, Prime Minister of Persia, sends 3,000 soldiers to subdue the rebellious Sheikh of Mohammerah Khaz’al al-Ka’bi in Khuzestan. The Persian government defeats Sheikh Khaz’al’s Bakhtiari allies in the Zagros mountains and advances on the Khuzestan plain, securing Ahwaz and Dezful. Accepting defeat, the Sheikh disbands his forces and retires to Mohammerah.in wikipedia

The French Republic signs the Franco-Siamese Treaty with the Kingdom of Siam, whereby the French renounce their special rights in Siam—in particular their sphere of influence in the east of the country—and arrange for the arbitration of disputes.in wikipedia