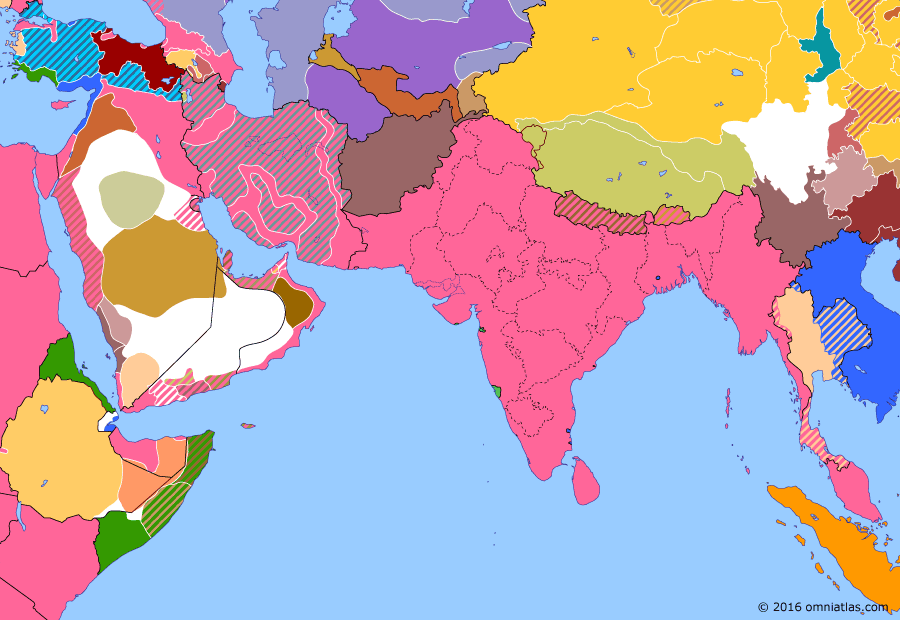 Only one day after accepting Afghan independence, Britain forced Persia, still under occupation after World War I, to sign the secret Anglo-Persian Agreement - guaranteeing British access to Persian oilfields and effectively placing the Persian government under British supervision. However word of the agreement soon leaked out, leading to rioting and the eventual overthrow of the Persian government.

Germany signed the Treaty of Versailles, officially ending its state of war with the Allied Powers. The treaty required Germany to accept War Guilt, disarm, cede 65,000 square km of territory containing 7 million people to its neighbors, and pay considerable reparations (assessed to be 132 billion Marks in 1921).in wikipedia

Turkish Revolutionaries assemble in Erzurum, eastern Turkey, in accordance with the previously issued Amasya Circular, to affirm Turkish independence. Mustafa Kemal is elected chairman of the congress, despite the Sultanate’s call for his arrest. The congress declares the indivisibility of the Turkish motherland and that the Turks will resist all foreign invasion or intervention.in wikipedia

Vosooghoddoleh, Prime Minister of Persia, signs a secret agreement issued by British Foreign Secretary Earl Curzon, guaranteeing British access to the Persian oilfields, accepting British guidance in financial and military affairs, and giving Britain rights to survey and build railways. The agreement is not ratified by the Majlis and, when word of it gets out, is widely denounced.in wikipedia