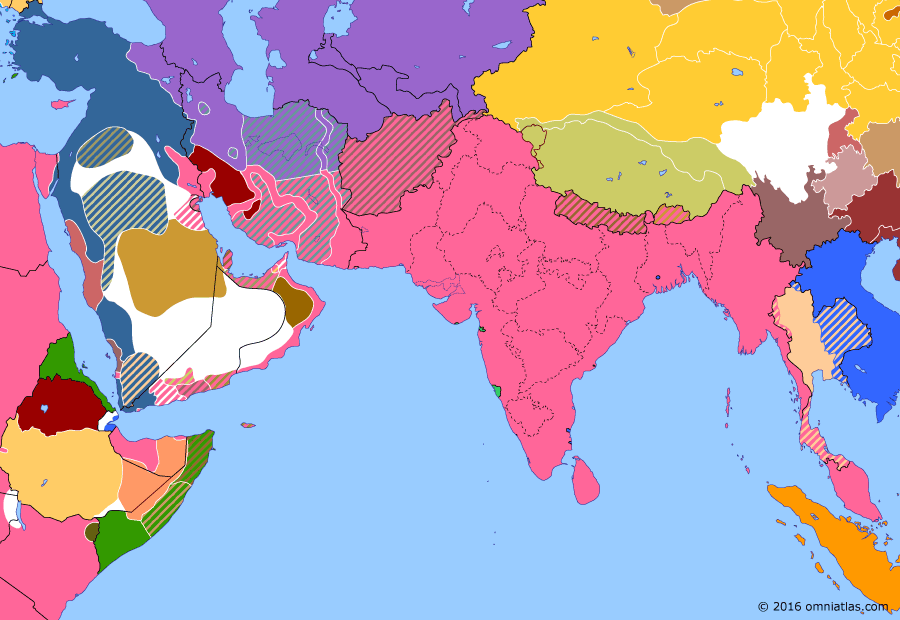 The securing of South Persia allowed the British to return their focus to Mesopotamia. In early 1917 they recaptured Kut and advanced on Baghdad, entering it in March. Good news as this was for the Allies, it was overshadowed by the outbreak of the February Revolution in Russia, which saw the overthrow of the Tsar and emphasized the growing disillusionment of the Russian troops at home and abroad.

In December 1916 British forces under General Frederick Maude slowly began undermining the Ottoman position at Kut by crossing the Hai and overrunning the south bank of the Tigris. On 9 February they attacked across the Tigris, securing the Dehra Bend northwest of Kut over the following days. From here they advanced on Kut, forcing the Ottomans to abandon the town on the 23rd for fear of being cut off.in wikipedia

The British and ANZAC mounted troops of the Egyptian Expeditionary Force attacked and defeated the Ottomans at Magdhaba in the Sinai desert in December 1916. From here they advanced on Rafa, on the Palestinian border, capturing it in January. Then, together with Indian mounted units, they sent a raiding party to Nekhl in the center of the Sinai Peninsula in February, driving out the remaining Ottoman garrisons.in wikipedia

Famine broke out in the Allied-occupied state of Persia as crops failed due to drought and imports of foodstuffs were disrupted by the war. As a result Persia’s population fell to some eleven million due to malnutrition and disease—implying between one and eleven million died, depending on which estimates for Persia’s pre-war population are chosen.in wikipedia

Mass demonstrations broke out in Petrograd, capital of the Russian Empire, in March (late February in the Julian calendar) in response to economic and social problems, compounded by the strain of World War I. After a few days, the mutinous Russian Army sided with the revolutionaries, forcing Tsar Nicholas II to abdicate in favor of a Provisional Government under Prince Georgy Lvov.in wikipedia

After recapturing Kut on 24 February 1917 and defeating the Ottomans at the Diyala River on 10 March, the Mesopotamia Expeditionary Force under General Frederick Maude marches unopposed into Baghdad, the Ottoman regional capital. Although the Ottoman authorities had ordered the evacuation of the city the day before, some 9,000 Ottoman troops are caught in the confusion and became prisoners of the British.in wikipedia