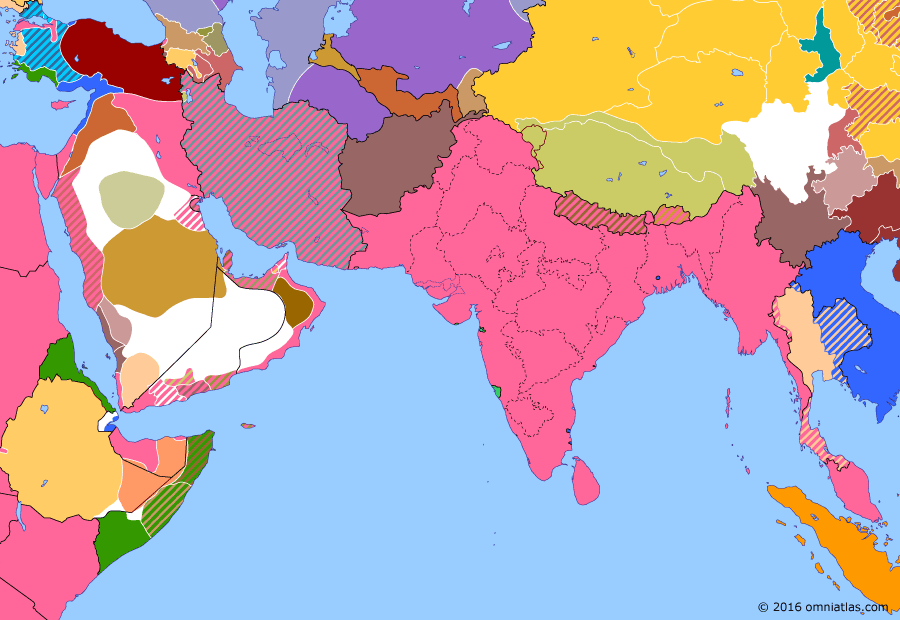 After occupying Constantinople, the Allies had proceeded to partition the Ottoman Empire, even including much of the Empire's Anatolian heartland. This alarmed Turkish nationalists, who rallied behind the war hero Mustafa Kemal to assert Turkey's independence.

British forces withdraw from Baku, Azerbaijan. By the end of the month, their only remaining forces in Transcaucasia are at Batum, Georgia.in wikipedia

At the calling of Mustafa Kemal, Turkish Nationalist Party delegates from all the Anatolian provinces of the Ottoman Empire assemble at Sivas, in central Turkey, to organize Turkish resistance against the Allies.in wikipedia

‘Khilafat Day’ is declared in India by Indian Muslims who feared the Allies would abolish the Ottoman Caliphate. Prominent Muslim leaders form the All India Khilafat Committee in Lucknow, India, to call upon Britain to protect the Caliphate and the movement spreads across the country, gaining support from non-Muslims such as Mahatma Gandhi. Ultimately the movement fails when the Turks themselves abolish the Caliphate.in wikipedia

Four days after landing at Mersin to take over British positions in Cilicia, the French encounter Turkish Nationalists in the city of Mardin, in the eastern tip of the intended occupation zone. Unprepared for resistance, the French evacuate the city that evening.in wikipedia

The Kingdom of Bulgaria signs the Treaty of Neuilly with the Allied Powers of World War I at Neuilly-sur-Seine, France. By the Treaty’s terms, Bulgaria cedes western Thrace to the Allies (who will pass it on to Greece) and territories in its west to the Kingdom of the Serbs, Croats, and Slovenes. It also abandons its gains in WWI, and agrees to reduce its army size and pay £100 million reparations.in wikipedia