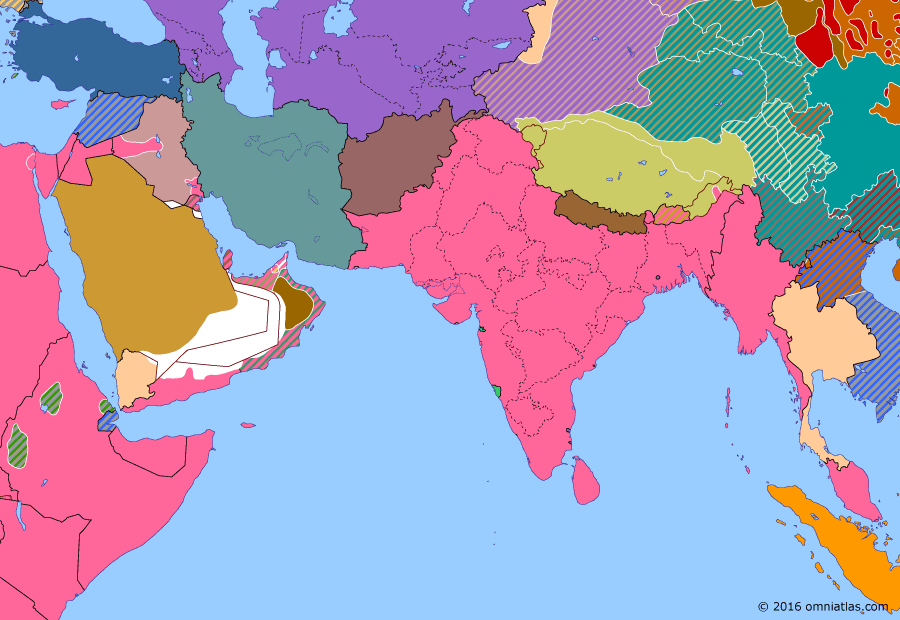 In April 1941 the British-backed government of Iraq was overthrown in a coup. The new government threatened the RAF bases in the country and requested German support. Britain responded by invading Iraq and reinstalling a friendly regime.

On 1 May 1941 the RAF airbase at Habbaniyah discovered it was being surrounded by Iraqi forces with artillery and responded with airstrikes the following day, driving back the Iraqis by 6 May. Meanwhile, under German orders, Vichy Syria began supplying arms to Iraq while the British in Transjordan and Basra launched a full-scale invasion. The British captured Baghdad on 31 May, bringing the war to an end just days after the pro-Axis Prime Minister Rashid Ali’s escape to Iran.in wikipedia

The Kingdom of Thailand signs a formal peace treaty with Vichy France in Tokyo, Japan, bringing an end to the Franco-Thai War. By the terms of the treaty, the Vichy French agree to cede the French Indochinese provinces of Battambang, Pailin, Siem Reap, Banteay Meanchay, Oddar Meanchey, Preah Vihear, and Xaignabouli to Thailand.in wikipedia

On the morning of 20 May 1941, Germany began an airborne invasion of the island of Crete—where Greek and Allied forces had gathered following the German conquest of mainland Greece. The battle saw the first mass use of paratroops, with German Fallschirmjäger seizing control of Maleme airfield on 21 May despite suffering heavy casualties. Forced south in the face of German reinforcements, the Allies evacuated the island on 28 May–1 June.in wikipedia