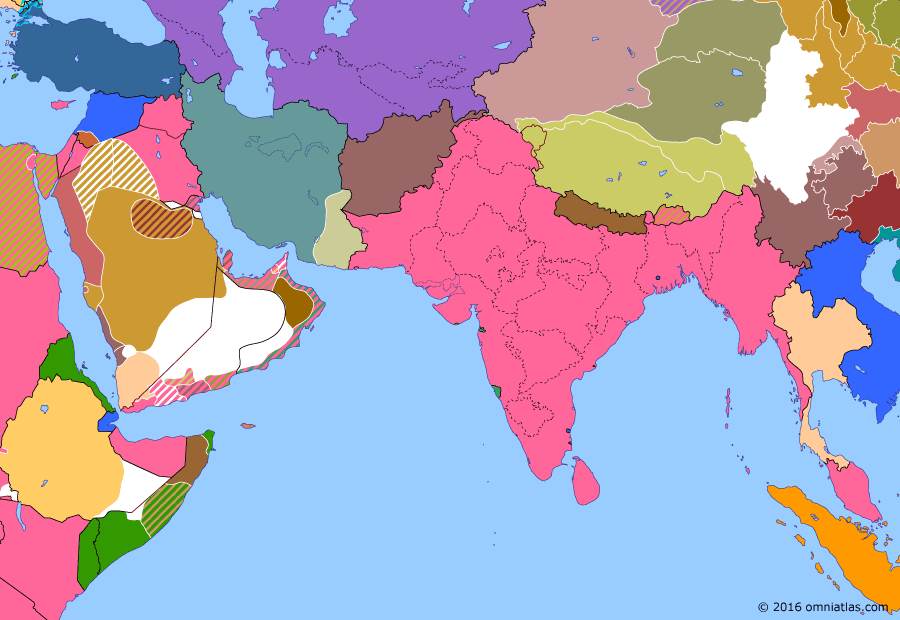 The French rule in Syria which followed the 1920 destruction of the Arab Kingdom was resented by much of the local population. In 1925 the French imprisoned a delegation from southern Syria who were protesting the poor treatment of the Druze by French authorities. This triggered a Druze revolt, which defeated several French attacks, leading to rebellion and unrest across much of Syria and Lebanon. Eventually the French brought in more forces and suppressed the revolt, but anti-French discontent in Syria would continue until its independence.

The French High Commissioner imprisons a Druze delegation to Beirut, capital of the French Mandate of Syria and Lebanon, prompting the Druze of Jabal Druze State to rise up against the French. Under the leadership of Sultan Pasha al-Atrash, the Druze defeat the French in a number of encounters, encouraging further outbreaks of rebellion in Damascus, Hama, and among the Druze of eastern Lebanon. The French respond to these initial setbacks by increasing troop numbers, decisively defeating the Druze by the end of 1925. Nonetheless, unrest will continue into 1927.in wikipedia

The United Kingdom signs the Anglo-Siam Agreement with the Kingdom of Siam, renouncing Britain’s special rights in Siam—in particular its sphere of influence in the west and south of the country—and arranging for the arbitration of disputes with the Siamese government.in wikipedia