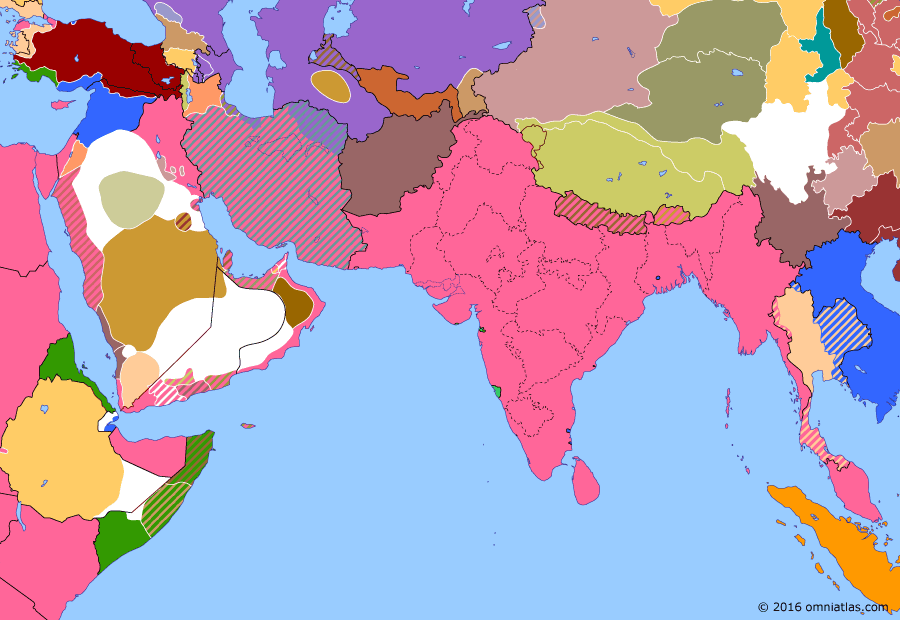 The seizure of Arab Syria cemented France's claim to the region just in time for the Treaty of Sèvres the following month. Here much of the Ottoman Empire was partitioned among the British, French, Greeks, and Armenians. However in reality the Treaty was essentially worthless as it was the Turkish Nationalists, not the Ottomans, who now ruled Turkey.

The Treaty of Sèvres was signed between the Ottoman Empire and the United Kingdom, France, Italy, Japan, and a number of minor Allied Powers including Greece and Armenia in Sèvres, France. The Treaty ceded large parts of the Ottoman Empire to Britain, France, Greece, and Armenia, and established European spheres of influence in the remaining territory.in wikipedia

The Treaty of Sèvres extends the western boundary of the Republic of Armenia to include the Ottoman vilayets of Erzurum, Bitlis, and Van—regions which had significant Armenian populations before 1914—as well as the Black Sea port of Trabzon. However despite US President Woodrow Wilson’s backing of the proposal, the United States Senate rejects both the Treaty of the Sèvres and the mandate for Armenia.in wikipedia