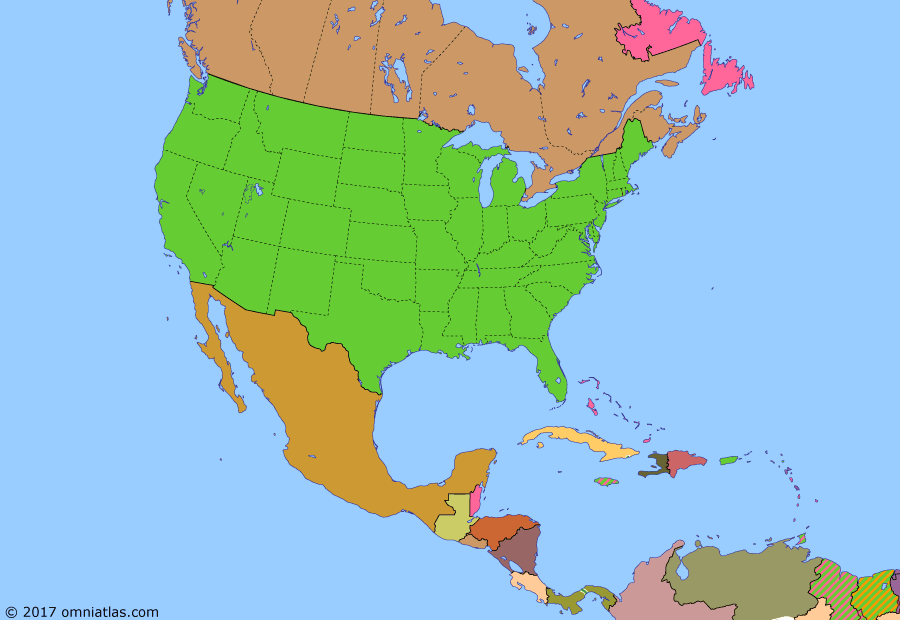 Following the Japanese attack on Pearl Harbor, Germany declared war on the United States, bringing its U-boat campaign to the East Coast. Despite initial setbacks in both the Atlantic and Pacific, the US took only six months to defeat Japan at sea, allowing it to focus on the war in Europe.

In the wake of the Japanese attack on Pearl Harbor, Panama, Honduras, El Salvador, Costa Rica, Haiti, the Dominican Republic, Guatemala, Nicaragua, and Cuba declared war on Japan in support of the United States. Most of these nations would also declare war on Germany and Italy a few days later following Hitler’s declaration of war on the US.in wikipedia

Claiming that US President Franklin Roosevelt had repeatedly violated all rules of neutrality, and noting in particular his “shoot on sight” order, Nazi Germany declared war against the United States of America on 11 December 1941. The decision to declare war was made by German leader Adolf Hitler, almost without consultation. Later that day, the United States responded by declaring war on Germany.in wikipedia

On Christmas Eve 1941 a 230-man Free French force under Émile Muselier, and including the submarine Surcouf and three corvettes, arrived in the Vichy French-controlled islands of St. Pierre and Miquelon, partially to pre-empt a feared Canadian invasion of the archipelago. After a twenty minute stand-off, the Vichy administration agreed to a referendum the following day, which voted 98.2% in favor of Free France. The action—which had been secretly carried out despite being forbidden by the United States as contrary to the Monroe Doctrine—caused a short-lived diplomatic incident between the Americans and the Free French.in wikipedia

Taking advantage of the unprepared and disorganized US defenses, German submarines launched attacks on shipping along the East Coast of the United States, sinking 609 ships totaling 3.1 million tons and killing thousands for a loss of only 22 U-boats. From May 1942, the US began introducing countermeasures such as convoys and blackouts in coastal towns, dramatically reducing shipping losses.in wikipedia

With the issuance of Executive Order 9066, US President Franklin Roosevelt authorized the deportation and incarceration of people of Japanese ancestry in designated “military areas”. Under the order, some 120,000 Japanese Americans were forcibly relocated from the West Coast to camps in the interior, only to return home after the War. By contrast, a little over 11,000 Germans were interned.in wikipedia

Just after 7pm on 23 February 1942, a Japanese submarine fired on US coastal targets in the vicinity of Ellwood field, near Santa Barbara, California. Although the attack caused little damage, it helped spread fear along the West Coast. The following night, claimed sightings of enemy aircraft led to the so-called Battle of Los Angeles, where confused anti-aircraft fire and general panic resulted in 5 deaths across the city over what is now generally believed to be a false alarm.in wikipedia

Following the loss of oil ships to German U-Boat attacks, Mexico declared war on Germany, Italy, and Japan on 22 May 1942. Along with Brazil, Mexico would be one of the only two independent Latin American countries to send troops abroad to fight in World War II. One of its most notable contributions was the 201st Fighter Squadron (the Aztec Eagles)—300 volunteers who fought with the United States against Japan in the Pacific.in wikipedia

In June 1942, Japanese troops landed on Attu and Kiska, in Alaska’s Aleutian Islands, capturing them without opposition. The islands were retaken by the United States in May and August 1943.in wikipedia

On 8 November 1942 some 100,000 American, British, and Free French troops landed in Vichy French North Africa in Operation Torch. The landings were conducted simultaneously around Casablanca in French Morocco and around the French Algerian cities of Oran and Algiers. After a few days of Vichy French resistance, Admiral François Darlan—the commander of all Vichy French forces and who happened to be in Algiers at the time—agreed to cooperate with the Allies.in wikipedia

When France fell in 1940, the French territories in the West Indies remained in support of the pro-German Vichy regime. Most important was Martinique, which accepted much of France’s gold reserves and formed a safe haven for the remnants of the French fleet, including the aircraft carrier Béarn. Free French overthrew the Vichy government in French Guiana in March 1943, followed by Martinique, Guadeloupe, and St. Martin in July.in wikipedia