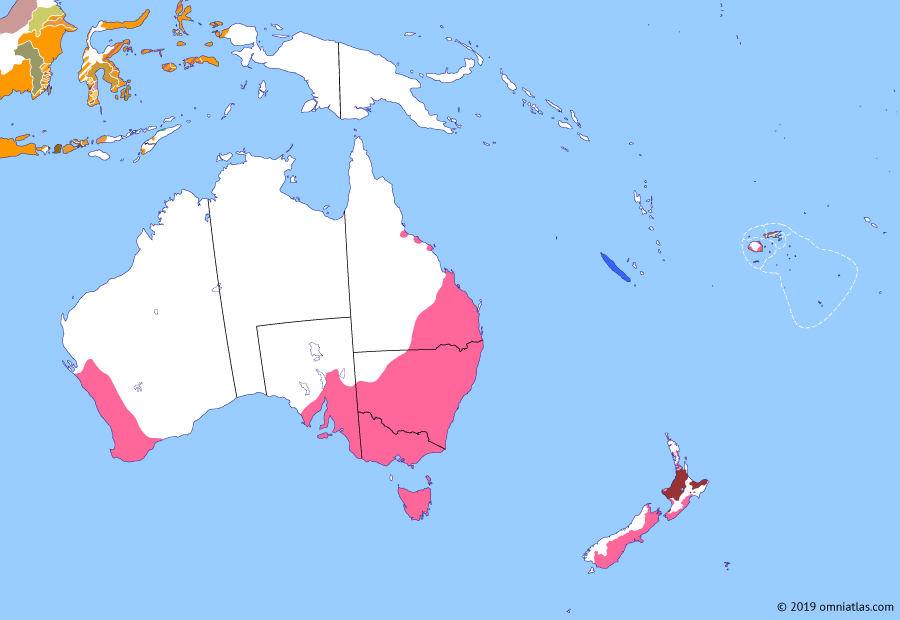 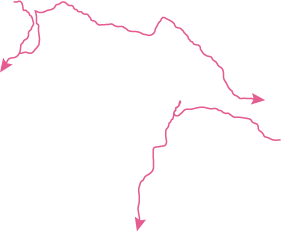 Although there had been a call for northeastern Australia to be separated from New South Wales since the 1840s, debate raged over whether it should be a free or convict colony and where its southern border should lie. Eventually it was agreed that the new colony would be free, with Brisbane as its capital, and in 1859 the British Government established the Colony of Queensland.

In 1855 Augustus Gregory, explorer and Assistant Surveyor of Western Australia, and his brother Henry led an expedition from the Victoria River to Brisbane, which the party reached in December 1856. The expedition covered some 8,000 km of land in what was then northern New South Wales, but is now the Northern Territory and Queensland. From Brisbane, A. Gregory and another brother, Charles, made another expedition in 1858, this time searching for traces of Leichhardt’s lost expedition. Traveling inland the party found a tree marked with an L near the Barcoo River, then explored onwards to reach Adelaide, South Australia, in July.in wikipedia

Following the abolition of convict transportation to the British colony of Van Diemen’s Land in 1853, there was a move to disassociate the colony from its criminal past. In 1856 Van Diemen’s Land was renamed ‘Tasmania’ in honor of Abel Tasman, the Dutch explorer who was the first European to discover the island. This removed the bad connotations of the name of Van Diemen’s Land and its ‘demons’.in wikipedia

In 1856 Ngāti Mutunga in the Chatham Islands, worried about the condition of their relatives in the Auckland Islands, chartered the brig Lalla Rookh to rescue them. The 47 survivors met the brig with fierce but token resistance and were eventually persuaded to abandon the Maungahuka settlement. This ended the bid to colonize the Auckland Islands, although depots would be placed on the islands from the late 1860s and there would be several attempts to farm sheep there.in wikipedia

The Russian Empire signed the Treaty of Paris with the French Empire, the United Kingdom, the Ottoman Empire, and the Kingdom of Sardinia, bringing an end to the Crimean War. By the terms of the treaty, the Black Sea was made neutral territory, closing it to all warships and prohibiting fortifications and armaments on its shores. This weakened the power of Russia, which also had to cede land in Bessarabia to Moldavia.in wikipedia

In the early 1850s a movement developed to establish a Māori King to counterbalance Queen Victoria and place restrictions on Māori land sales. Many of the tribes between Auckland and Wellington supported the movement, eventually deciding on the great but elderly Waikato chief Te Wherowhero as king. In June 1858 Te Wherowhero accepted the role, taking on the name Pōtatau; he would live until 1860, when he was succeeded by his son, Tāwhiao.in wikipedia

In late 1858 the discovery of gold at Canoona, near Rockhampton, led to about 15,000 people flocking to this remote part of what would soon become the British colony of Queensland (but was then part of New South Wales). Although the Canoona Gold Rush was short-lived, a series of further gold rushes throughout the 1860s and 1870s—at Clermont, Gympie, Palmer River, Charters Towers, and others—brought tens of thousands of prospectors to the colony, helping to increase Queensland’s population from 23,520 in 1859 to 200,479 in 1878.in wikipedia

In September 1858 William Thomas Pritchard became the first British consul in the Fiji and Tonga Islands. Within a month Cakobau, the paramount chief of Fiji, agreed to cede his country to the British in return for recognition in his role and relief from debts he had incurred. Rather than bringing stability, the action encouraged Tongan prince Ma‘afu to quickly expand into northern and western Fiji before British power came to bear. Pritchard’s governorship lasted until 1862–63, when the Colonial Office, concerned by the continued violence in Fiji, rejected the cession and dismissed Pritchard from his post.in wikipedia

In 1859 a rebellion broke out in the Sultanate of Banjar when the local population rejected the rule of the Dutch-appointed Tamjidillah and rose in support of Pangeran Hidayatullah. After the rebels destroyed coal mines and missions, the Dutch invaded the sultanate and deposed both Tamjidillah and Hidayatullah. Major fighting ended with a Dutch victory in 1863, although resistance would continue in the interior until 1906.in wikipedia

On 6 June 1859 Queen Victoria signed the Letters Patent to create the new Colony of Queensland from the thriving portion of the British Colony of New South Wales to the north of the 29th parallel south. Sir George Bowen, appointed as the colony’s first governor, arrived in the newly designated capital of Brisbane in December. He formally took up his office on 10 December 1859; the Letters Patent were first published in Brisbane that same day.in wikipedia