...the present [Kuomintang] revolution is, neither in its inspiration nor direction, truly national, but directed mainly from Moscow.

From the end of the First Opium War to the Communist victory in the Chinese Civil War (1842-1950), foreign influence over and interference with China's trade and politics were so pervasive that many at the time and since have referred to this period as China's Century of Humiliation.

Omniatlas shows much of this foreign imperialism in the main atlas: concessions, such as Hong Kong and the Chinese Eastern Railway; foreign occupations, such as the Russians and Japanese in Manchuria; puppet states, like Manchukuo; and areas of major influence.

However much more remains which has not been shown in the atlas for reasons of complexity: foreign settlements, treaty ports and protocols, extraterritoriality, and the foreign backing of the competing factions. In this article we'll cover the last of these - foreign support of competing factions - during the Warlord Era from 1919 to 1929. Although this support generally fell short of influence as defined in Omniatlas, it affected the internal policies and outside perceptions of the supported factions. 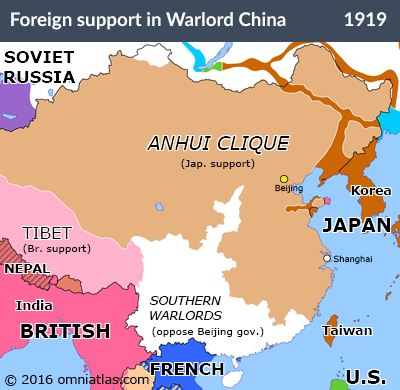 Figure 1. Foreign support of various polities in China, May 1919

When the Chinese Empire was overthrown in the Xinhai Revolution, it was succeeded by a weak and divided Republic of China. Although the Western powers initially supported the Republic, they were soon distracted when World War I broke out in 1914.

Japan stepped into the resulting power vacuum, making its Twenty-One Demands on China the following year. Despite resisting many of the Japanese demands, by 1919 the Anhui clique which dominated the government of China was heavily tainted by its association with Japan. 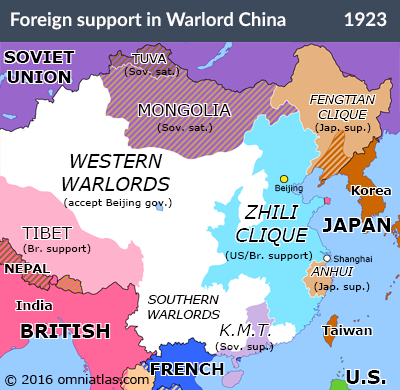 Figure 2. Foreign support of various polities in China, May 1923

With World War I ended, the Western powers were no longer willing to give Japan a free hand in East Asia. In 1920 the discredited Anhui clique was overthrown in a war with the Western-backed Zhili clique. Japanese support was now focused on the Fengtian clique which ruled in Manchuria, a land Japan dominated through its control of the Chinese Eastern Railway.

In the south, Sun Yatsen, who had led the 1911 revolution, reestablished the Kuomintang (KMT) in an attempt to wrest China from the northern warlords. Unable to gain Western recognition, the KMT turned to the Soviet Union for aid. 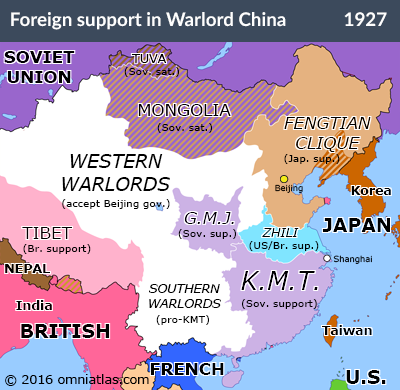 Sun Yatsen died before he could reclaim the north and was ultimately succeeded by Chiang Kaishek - at the time called the 'Red General' because of his Soviet backing. Another Soviet-supported figure was Feng Yuxiang, who allied with the Japanese-backed Fengtian clique to overthrow pro-Western Zhili rule in Beijing. As a result, Feng was given guardianship of the northwest with his Guominjun (GMJ) faction.

After a few more clashes between the northern warlords, Chiang Kaishek decided his forces were ready. In 1927 the KMT began its Northern Expedition, joining with the GMJ to attack the remnants of the Zhili clique. 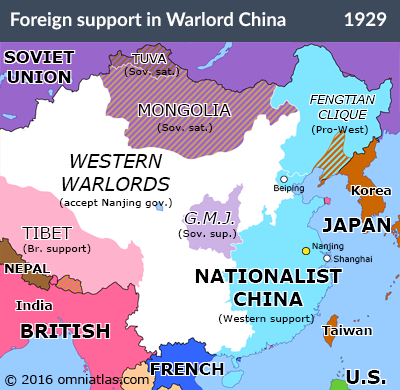 Soviet hopes in, and Western fears of, Chiang Kaishek would prove to be misplaced. After capturing Shanghai, he turned against the Communist members of the KMT, causing them to flee to the countryside (not shown on this simplified map). With new Western backing, Chiang continued his move north, encouraging the remaining northern factions and eventually even the Fengtian clique to join him in a new nationalist Republic of China.

However neither the Soviet Union nor Japan were happy with this new somewhat unified and pro-Western China, especially when it came to the strategically important Fengtian domain of Manchuria. Over the next few years, both would intervene to assert their interests. 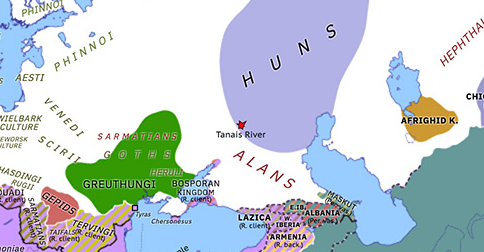 Battle of the Tanais River

In the early 370s the Huns crossed the Volga... SEE MORE…