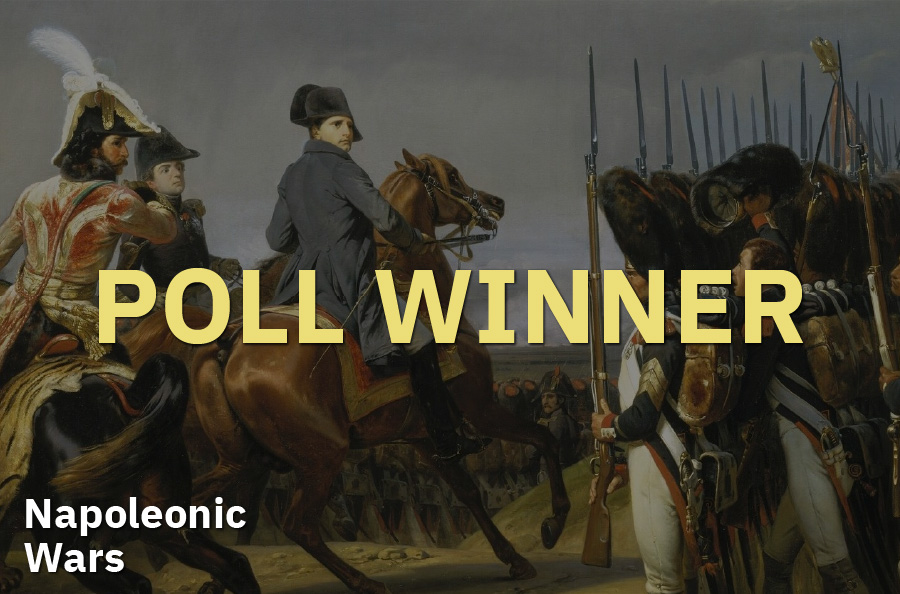 I’ll start releasing maps of Europe in the Napoleonic Wars to Iron Tier members and above on 25 August 2020. The maps will start reaching the public on 22 September 2020.

Vote now on Patreon in the July 2020 Omniatlas poll! (closed)

The votes in this poll will choose which map series follows the current run of Scramble for Africa maps (released every Tuesday). The options are:

Choose to have the maps show the Napoleonic Wars in Europe, as Napoleon’s French Empire battles a fluctuating coalition for dominance on the continent! Or do you want to cross the Atlantic to watch the repercussions of Napoleon’s wars on North America, as the British face the United States in the War of 1812 and Spain’s colonial empire falls apart? Or witness the establishment of the British Raj in India and the spread of its shadow over Southern Asia? Or perhaps head south to South America and centuries earlier to watch the expansion of the Inca Empire, before it falls to the Spanish conquistadors? 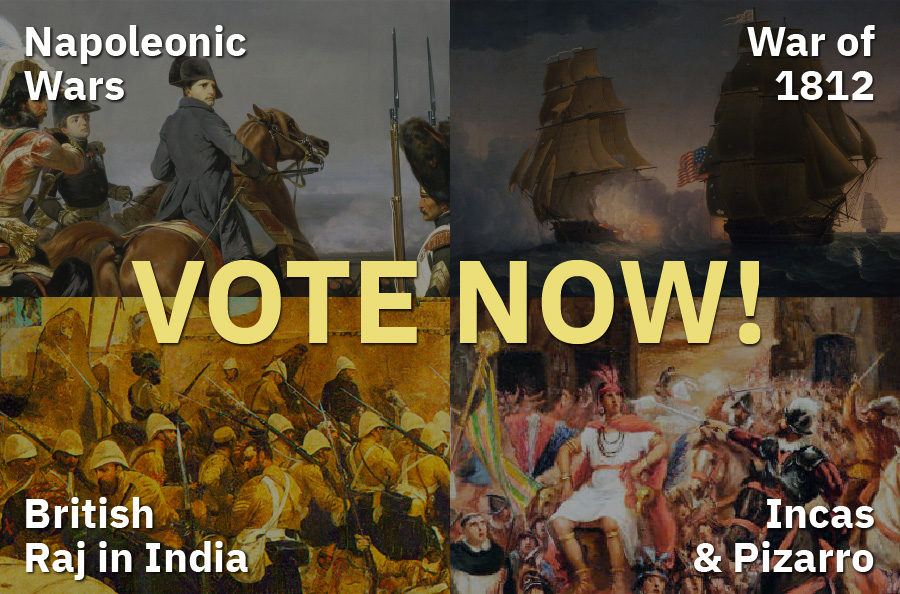 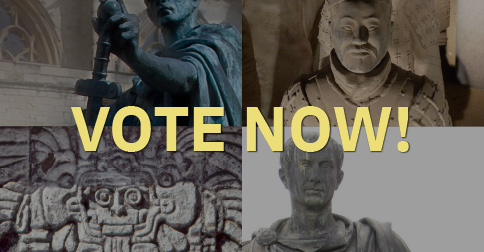