Scramble for Africa has won Omniatlas’ February poll on Patreon! 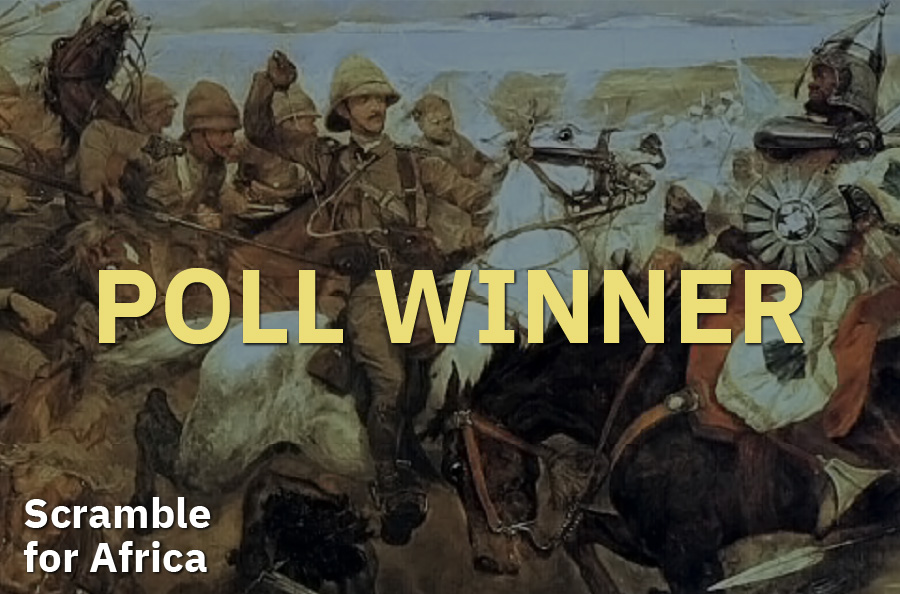 Scramble for Africa has won Omniatlas’ February poll on Patreon!

Voting is now closed. Thank you everybody for voting! I’ll start releasing maps of Northern Africa and Sub-Saharan Africa to Iron Tier members on 17 March 2020. The maps will start reaching the public on 14 April 2020.

Vote now on Patreon in the February 2020 Omniatlas poll! (closed)

The votes in this poll will choose which map series follows the current run of Age of Discovery maps (released every Friday). The options are:

Choose to have the maps continue on with the Age of Exploration in North America, as the Spanish conquistadors consolidate their New World empire in the face of growing opposition from their European rivals! Or do you want to head south to South America to watch the expansion of the Inca Empire, before it too faces its own Spanish conquistadors? Or zoom ahead in time to the 19th century to witness the collapse of the Spanish Empire in South America or the European Scramble for Africa? 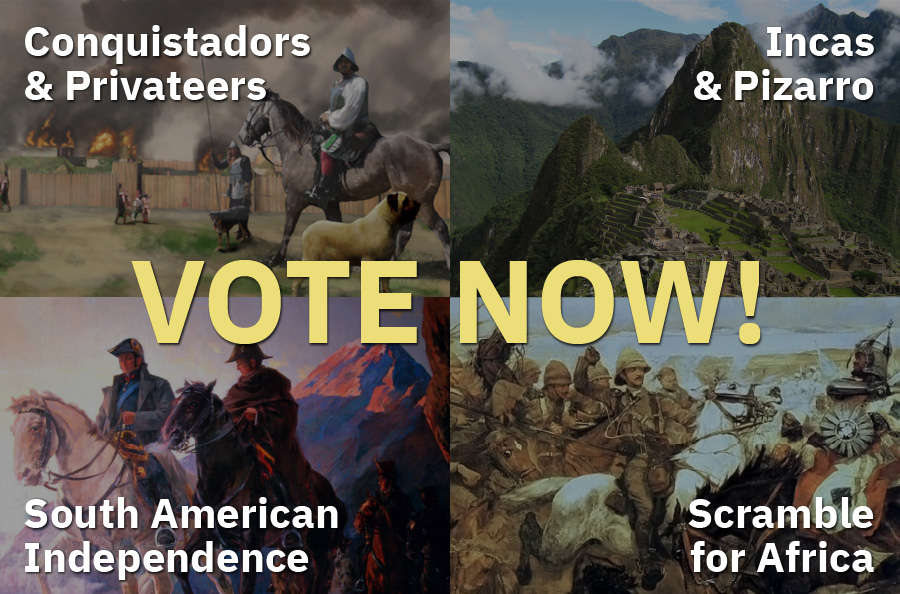 Voting is now closed. Scramble for Africa has won!