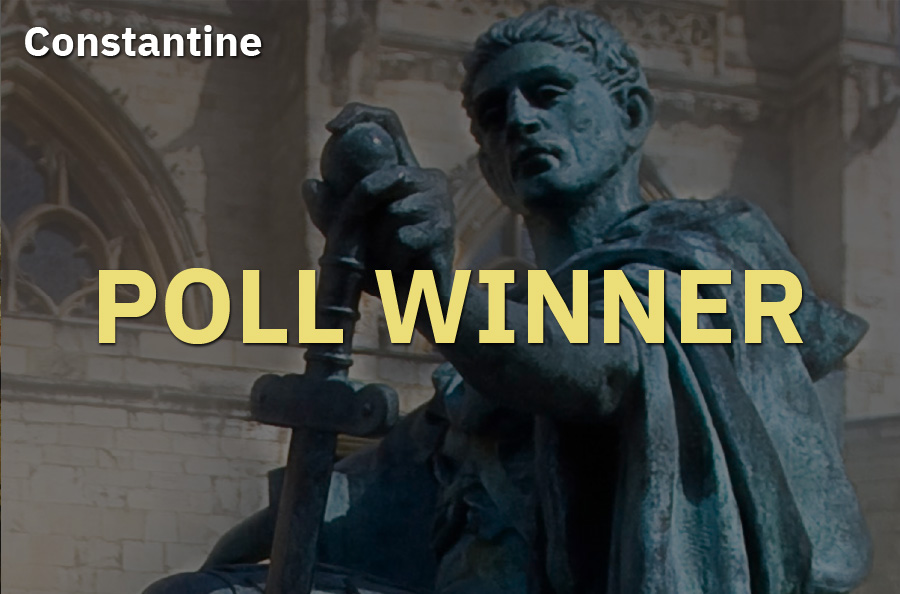 I’ll continue releasing maps of Europe in the late Roman Empire as before. According to the schedule, maps of the years 287 to 337 will reach Iron Tier members on 23 April 2021. The maps will start reaching the public on 21 May 2021.

Vote now on Patreon in the April 2021 Omniatlas poll! (closed)

Omniatlas holds semi-regular polls on Patreon to determine which maps to do next.

Choose to have the maps continue on with the Roman Empire into the 4th Century, as the Romans enter their last great united phase under Diocletian and Constantine! Or what about going back to an earlier time, to follow the collapse of the Roman Republic during the Third Triumvirate to the founding of the Roman Empire under Augustus, or traveling to the other side of Eurasia to witness the unification of China’s warring states by the Qin and Han dynasties? Or perhaps cross the Atlantic to view the struggle for dominance in Postclassic Mesoamerica? 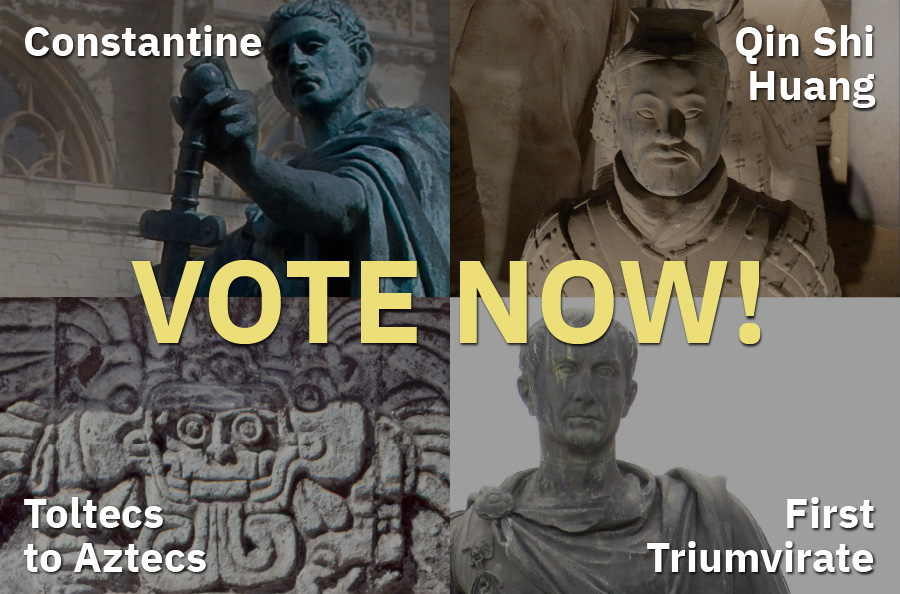 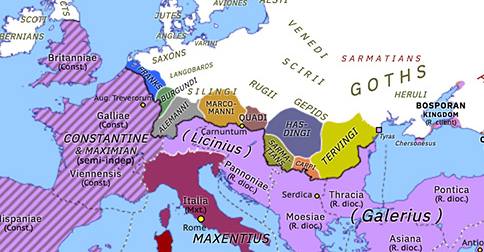 Maximian and Maxentius soon had a falling out... SEE MORE…