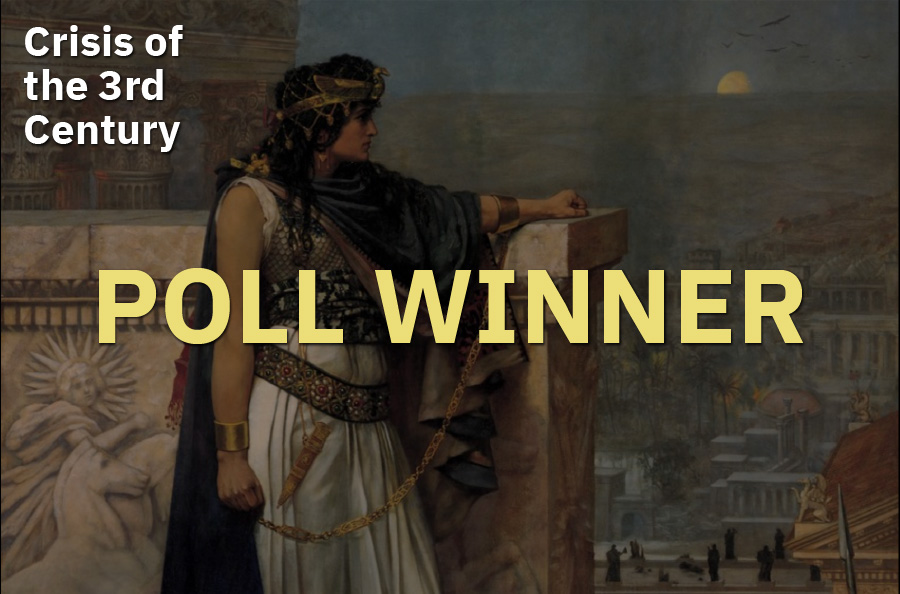 Crisis of the 3rd Century has won Omniatlas’ April poll on Patreon!

The polls were very close, with both Crisis of the 3rd Century and dark horse candidate Foundation of the Roman Empire neck and neck for most of the time. Foundation was even winning for a few hours on Sunday/Monday. However, they ended up tying with 12 votes each, which left the outcome to be decided by the Iron Tier preliminary polls. As Crisis got the most votes on those polls, it is the winner.

I’ll continue releasing maps of Europe in the late Roman Empire as before. According to the schedule, 3rd century maps will reach Iron Tier members on 24 May 2020. The maps will start reaching the public on 21 June 2020.

Vote now on Patreon in the April 2020 Omniatlas poll! (closed)

Crisis of the 3rd Century, Successors of Alexander, Parthia & India, Founding of the Roman Empire

Choose to have the maps continue on with the Roman Empire in the 3rd Century, as the Romans face both civil war and new threats, with the arrival of the Goths, Franks, and Sasanids! Or what about going back to an earlier time, to follow the rise of Augustus and the foundation of the Roman Empire, or see the Parthians and Kushans battle over northern India? Or even go to the Eastern Mediterranean in the 4th Century BC to witness the collapse of Alexander the Great’s empire? 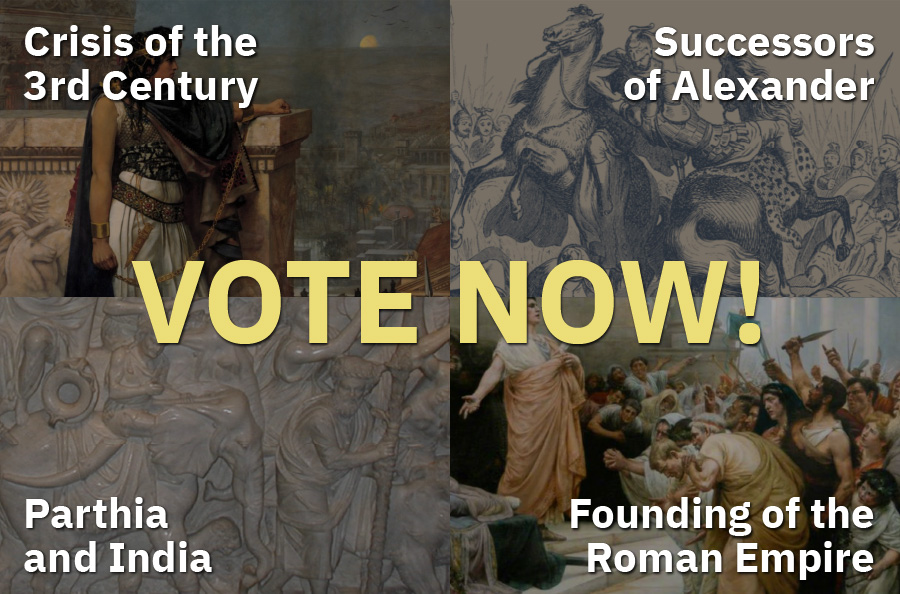 Voting is now closed. Crisis of the 3rd Century has won!

While the UK was negotiating its exit from the... SEE MORE…